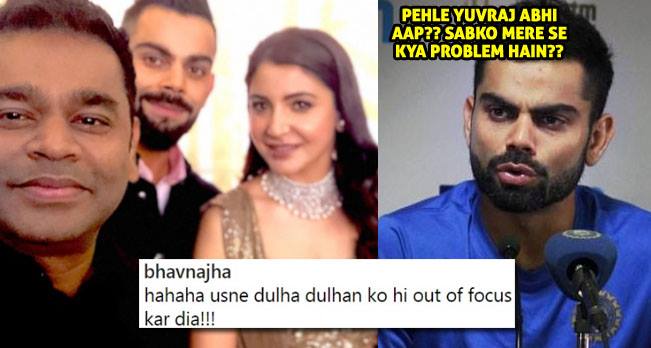 The Indian skipper Virat Kohli and Bollywood actress Anushka Sharma definitely make one of the best and most adorable celebrity couples. They tied knot in Italy on December 11, 2017, and the ceremony was graced by just family and close friends of Virushka. 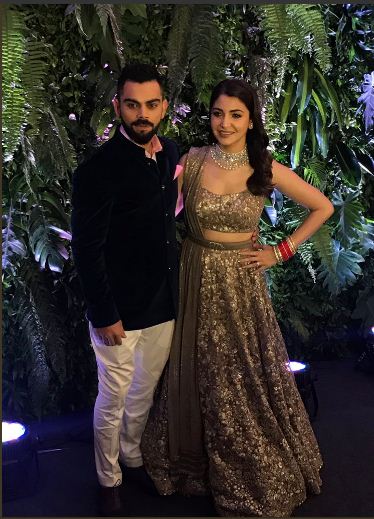 Needless to say, guests were clicked with the newlywed couple and few celebs shared pics on their social media accounts as well. While some photos were adored, a couple of others had to face criticism, like the ones posted by Yuvraj Singh and A.R. Rahman.

A.R. Rahman shared a photo of himself with wife and Virushka on Instagram but focus on the photo was merely on him while Virat and Anushka appeared to be blurred. 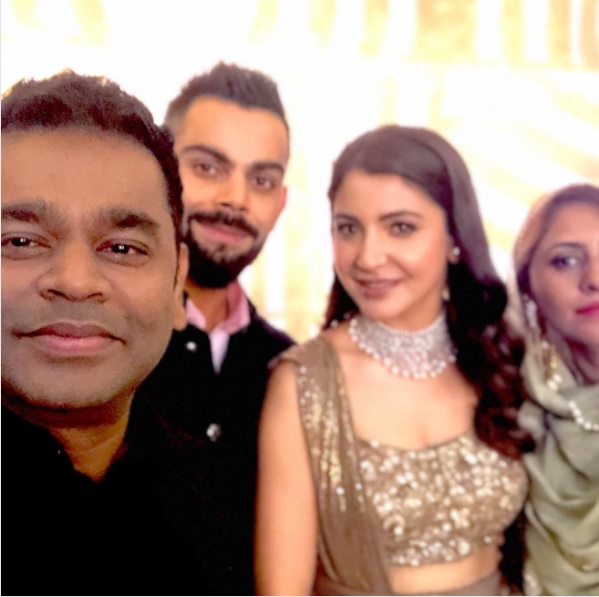 Quite naturally, Instagrammers took a note of it and trolled the music legend. Check out some comments:

Recently, Yuvi took to the micro-blogging site Twitter and shared a pic from the reception; however, he cropped Kohli from the image and that’s what Twitterati didn’t like and mocked him.

Netizens have an eye on everything and celebs need to be more cautious while sharing anything on social media if they don’t want to be objects of mockery and ridicule. What do you say?

Shahid Kapoor Made A Remark About Marriage With Mira. Twitter Trolled Him Left & Right
Bigg Boss 11: Hina Wrote 600 Instead Of 60 & Got Trolled On Twitter In The Most Epic Way