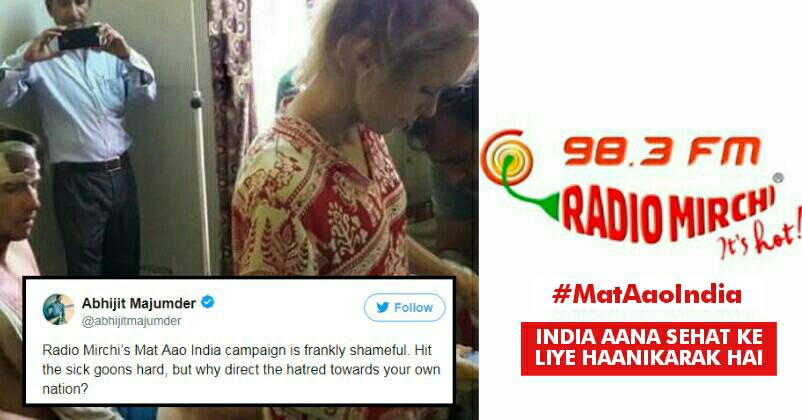 In India, guests are treated as “God”, however, we were shocked to see how a Swiss couple was harassed and was left seriously injured due to stone pelting. We had a big question in our minds, “Is this how India is?”.

This incident shocked many and received a lot of backlash on social media. Amidst this, Radio Mirchi came up with a campaign “#MatAaoIndia”, but it went seriously wrong.

No doubt, the treatment received was nothing less than “Worst”, but it seems Radio Mirchi’s choice of words in the campaign didn’t go down well with people.

Someone shared the jingle on Twitter and since then, people are criticizing Radio Mirchi;

Here’s the script of that jingle; 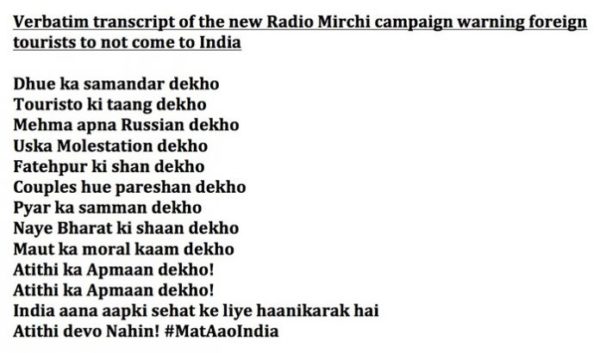 This is how people lashed out at Radio Mirchi;

Sir this radio is always critical of the present govt, but this time they just insulted the nation cause they don't like MODI

Strict action should be taken on RM and set the example for future. Cancel their license. Nothing less.

It is time to boycott Radio Mirchi. I will now on #BoycottRadioMirchi. And will no longer listen to RadioMirchi

I could not listen pass the third line. Absolutely disgusting

Shame on u guys @RadioMirchi ..whoever owns this channel must apologise publicly #MatSunoRadioMirchi

After receiving these comments, Radio Mirchi took down the ad and issued and apology on Twitter;

No doubt, the aim of Radio Mirchi was good, but they could have done it in some other subtle way. What do you feel?

This Man Defeated Bill Gates On His Birthday. Became The Richest Man On The Earth
Pakistan Said They Shot Down India’s Spy Drone. Got Trolled Buri Tarah Se