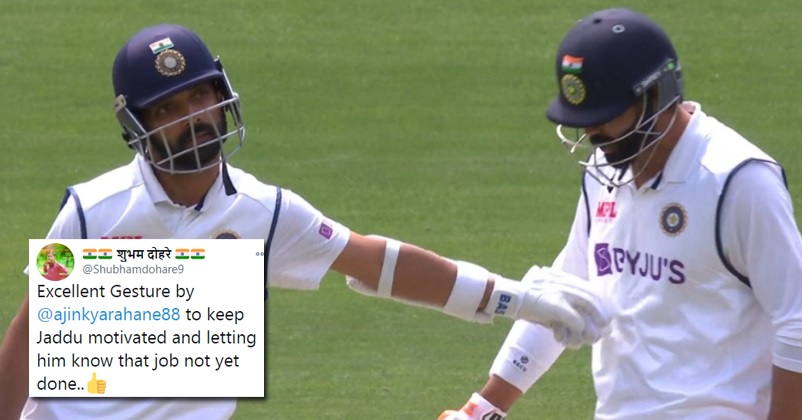 Ajinkya Rahane, the Indian cricketer who is fulfilling the responsibility of the skipper in the absence of Virat Kohli has certainly led from the front in the Boxing Day test match against Australia which is being played at Melbourne Cricket Ground. In the first innings, the Indian team got all out on the score of 326 and Ajinkya Rahane played a beautiful innings of 112 runs which included 12 boundaries. Rahane along with Ravindra Jadeja added 121 runs in partnership before getting run out for the first time in his test career. 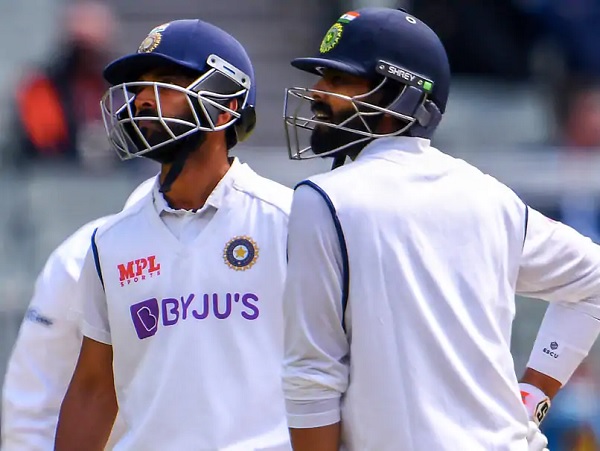 However, what Ajinkya Rahane did after getting run out was something that made every cricket fan respect and applause him more. When Ravindra Jadeja was just one run away from his half-century, he played a defensive shot on the balling of Nathan Lyon. Jadeja made a call for run which was fulfilled by Rahane and he didn’t seem to be in much trouble as his bat was on the crease when the ball hit the stump but unfortunately Rahane was given out even after taking DRS.

This certainly left Jadeja upset as it was he who made the call but before leaving the ground, Rahane went to him and tapped him, gestured him that the Indian innings is not over yet and he should play some good cricket before coming back to the pavilion. 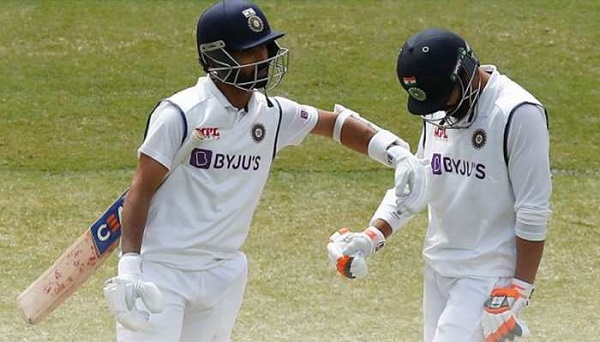 Jadeja got out at 57 and soon the Indian team was back in pavilion with 326 on the board.

The cricket lovers were quite impressed with Ajinkya Rahane’s sportsmanship and praised him whole-heartedly on the micro-blogging site Twitter. Here are some of the selected reactions:

Again @ajinkyarahane88 showing leadership begins with actions, his response to his fate was true of a genuine team man! #AUSvIND

Well done @ajinkyarahane88 and @imjadeja ! You’ve shown what INDIA is all about. Am sure we will fight and win Melbourne Test. Come on India #IndvsAus 🇮🇳 pic.twitter.com/YCIvq7IVps

Such a great gesture by Ajinkya Rahane to fistbump Jadeja after the run out. Rahane knows how it feels, and hence he didn't want Jadeja to be down on his confidence after this. Great display of leadership from the Indian captain. #AUSvIND

Rahane's sportsmanship is superb…even Jadeja got him out, encouraged him to continue without any burden. Great gesture!!#INDvAUS

Really good gesture by Ajinkya Rahane, after he got run out by Marnus he patted Jadeja and urged him to score big.#INDvAUS pic.twitter.com/5MQnW3UXDr

Nice gesture from Rahane, he was encouraging Jadeja after the mistake which lead to the wicket through runout of the captain. pic.twitter.com/m9Fv0SP5QT

1- Called Afghanistan players to pose with us
2- Allow to lead Siraj when back to the dressing room in this Test match (1st innings)
3- And now Such a great gesture by Rahane to fistbump Jadeja after this run out. #AUSvIND pic.twitter.com/MdHmpPSKsF

Brilliant gesture by Rahane after getting runout. Tells Jadeja on the spot that Run-outs happen. It's OKAY. You carry on, so that he doesn't lose focus like he did in last game. #AjinkyaRahane #AUSvIND #Leadership

#AUSvIND @imjadeja And @ajinkyarahane88 have slight misjudgement on running causes Rahane's downfall ,jadeja was frustated with himself Rahane just came halfway down and dab on his chest probably the indication, just carry on.Such a character! Rahane 👏👏👏

Great gesture by Ajinkya Rahane .. even Jadeja got him run out, without losing his temper .. He keep motivated Jaddu and letting him build his innings without any burden..which defines him as a great leader…#BoxingDayTest #AUSvsIND pic.twitter.com/XiFK39Z4KU

Fabulous gesture by Rahane, patting Jadeja despite getting run-out, more like go on Jaddu, carry on what you've been doing well so far. What a selfless guy!!#AUSvIND pic.twitter.com/VotuKRfYyT

As of now, the Aussies have lost their 6 wickets at the score of 133 and have taken the lead of 2 runs. It would be interesting to see what target the Australian team will give to the Indians and how the Indian batsmen will perform in the second innings.

Well, India has an upper hand at the moment but do you think that they will be able to win this test match?