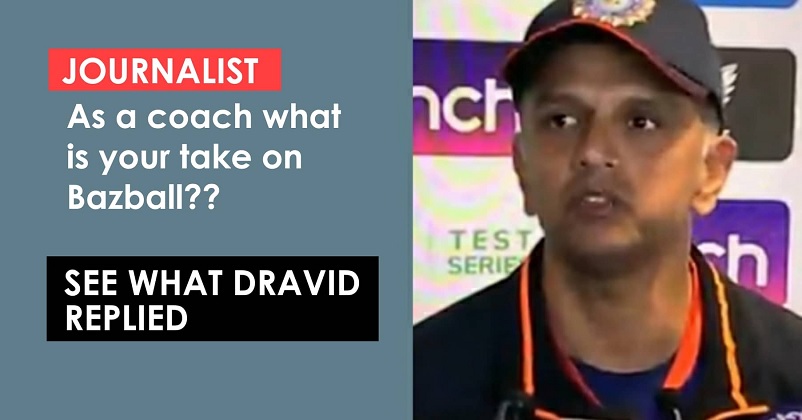 The England cricket team won the fifth rescheduled test match after defeating India by 7 wickets at Edgbaston and retained the Patuadi trophy as the series ended in a tie (2-2).

The England cricket team has certainly entered a new era under the leadership of Ben Stokes and coach Brendon McCullum and we are getting to hear a word “Bazball” a lot nowadays. Earlier, the English cricketers whitewashed the New Zealand team in 3-match test series and now they leveled the series against India so it is quite obvious that everybody is talking about them and their new style of playing cricket. 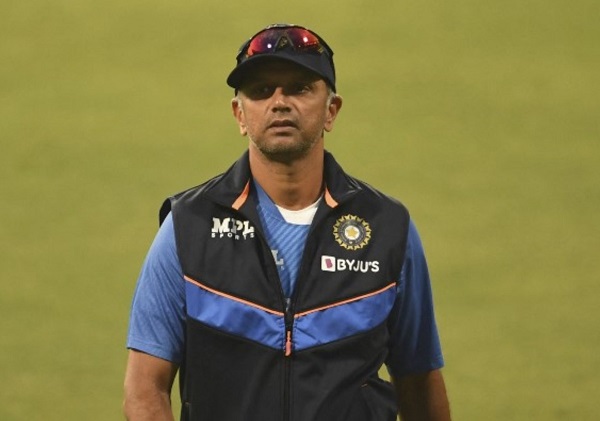 However when the Indian cricket team’s head coach Rahul Dravid was asked to give his opinion on this new concept Bazball, the answer given by him made everyone present over there laugh. In the press conference, a mediaperson tells Rahul Dravid that many are talking about Bazball as it is being said that it will revolutionize the test cricket and asks what the former Indian cricketer thinks about it as a coach. Dravid replies by saying that he has actually no idea as to what it is but the English team has been playing good cricket for the last few months and it has been really good at chasing the targets.

Dravid further praises the England squad by saying that chasing in England especially in the fourth innings is very difficult. The Indian head coach further says that whatever type or brand of cricket a team wants to play, it depends a lot on the players of the team and their form. He adds that if the players are in good form, the team can easily play positive game like India played in the first innings when Jadeja and Pant scored centuries. 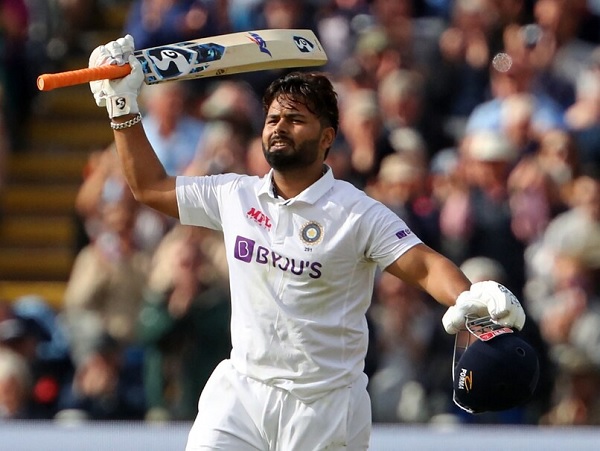 Here is the video of the interaction:

Bazball is a term used for aggressive and entertaining cricket that is being played in the test cricket which is quite opposite of what test cricket is known for. The Indian team will now play 3-match T20I series against England starting tomorrow.

Ravindra Jadeja Gave A Two-Word Reply To The Journo Who Asked Him About CSK Captaincy
Irfan Pathan Takes A Satirical Dig At Virat Kohli, Rohit Sharma & The Selectors