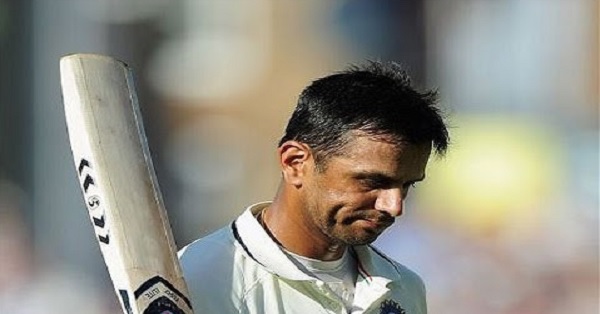 We are talking about 2007 India’s tour of Australia for 4 test match series under the captaincy of Anil Kumble. First test match started on 26th Dec 2007 where Australia won the toss and chose to bat first. Indians bowled pretty well & restricted Australia for 343 runs in first innings.

When Rahul Dravid came to bat India had already lost their first wicket for 4 runs. It was pressure game against Australia. However it took him 41 deliveries for first run. He was at 0 even after facing 40 deliveries. Crowd gone mad when he scored his first run after 41 deliveries. Dravid received huge cheer from Australian crowd when he got his first run. In response to Australia crowd & cheer, Dravid made them happy by raising his bat. Hats off to him for his awesome gesture to Australian Crowd. Even Australian players were happy that Dravid got his first runs. He is that kind of guy who can make any team cry and this match was going there.

Watch the clip & also listen to the commentary as raising a bat is not any milestone but only acknowledgement to crowd who was cheering Dravid for his first runs:-

Let us know your views about this clip in comments section below.