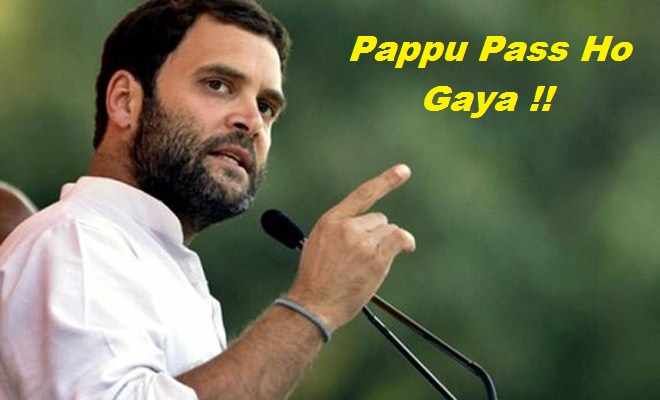 After escaping from the Indian media and making his image that of a immature politician, Rahul Gandhi is back. And, Man he is back with a bang. Feels like the long 57 days of holiday has done lots of good to him. He has this new energy, an impeccable style and a high voltage attitude to go with him.

Rahul Gandhi, the young scion on whom the Congress Party is relying at the moment and is looking forward to, has suddenly altered his image. The Mama’s boy proved his mantle in the Lok Sabha when he walked in with a strong agenda and with his facts clearly in proper places. Talking very strictly and point to point about the so-called development led by the Modi government.

He seemed to have gained authority and superiority in his vocal and super-confident about his public speaking and appearance. Unlike his disastrous appearance in the Arnab Goswami show, after which he actually required to escape from the public eyes.

Kudos to the Man! You literally nailed it with your kickass speech and presence in the Lok Sabha.. Mama must be proud of his little boy!!

Bizarre Wedding Day, Ex-Girlfriend Slaps The Groom, Bride Marries Off Groom’s Brother
Now You Will Have To Eat Your Passwords In Tablets And Capsules To Keep Them Secure, Says PayPal