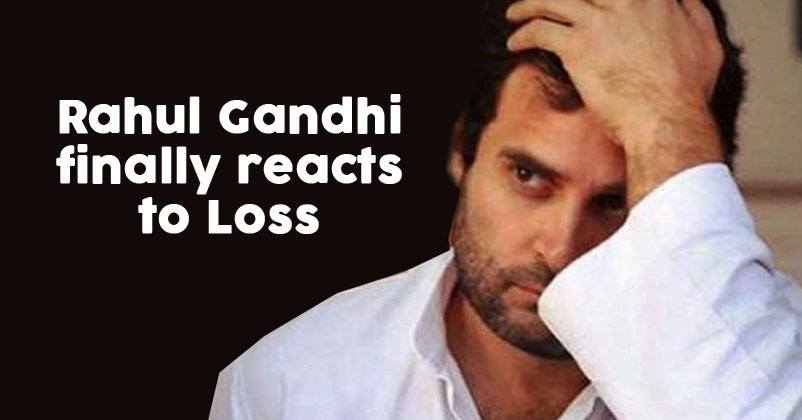 The counting of votes is finally over and the results are here which is not at all very shocking. Congress, once the biggest party of the nation could not even get 100 seats while BJP witnessed massive win again. Congress leader took to Twitter and accepted his defeat. He also congratulated the winners, PM Modi and his party and thanked his party’s workers and supporters for their hard work.

I accept the verdict of the people of India 🇮🇳

Congratulations to the winners, Mr Modi & the NDA.

Thank you to the people of Wayanad for electing me as your MP.

Thank you also to the people of Amethi.

Thank you Congress workers & leaders for your hard work in this campaign.

The Congress president also held a press conference in which he took responsibility for his defeat. When asked if he would resign from the post of party president he said that it is a matter between him and the Congress Working Committee.

Rahul denied saying anything about the verdict or analyze it. He said that he did not want to “color the mandate”.

Rahul tried everything to defeat Modi in the Lok Sabha elections and left stone unturned to prove him a liar and corrupt. He announced to launch NYAY scheme to give the 20 percent BPL families ₹72,000 annually, but even his promises couldn’t help him and his drowning party.