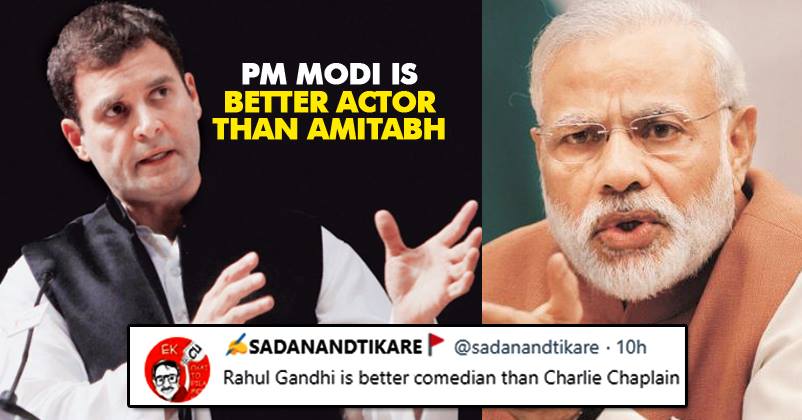 Gujarat Assembly Elections are just around the corner and both BJP and Congress are doing their best to woo the public. While the allegations and counter allegations are a normal thing to see in this time, the situation is getting really funny. 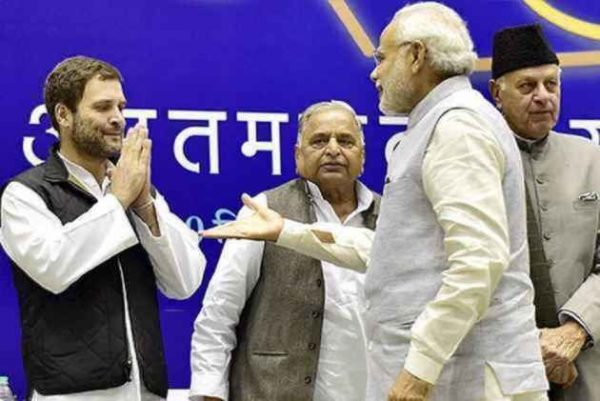 Congress Vice President Rahul Gandhi was recently in Amreli for a rally. While speaking there, he called Narendra Modi a better actor than Amitabh Bachchan.

He was particularly talking about the emotional speech of Prime Minister in which he had said that Gujarat is his mother.

He also referred to the post demonetisation speech of PM and said that he had cried and announced on the television and media that if black money does not return before December 31 ‘you can hang Narendra Modi in public’. This is when he went on to call Narendra Modi a better actor than Amitabh Bachchan.

Addressing the issues of farmers in the region he said that most of the Farmers who are Patidars have been upset with the government over the losses they have faced due to what they say is very low minimum support price. 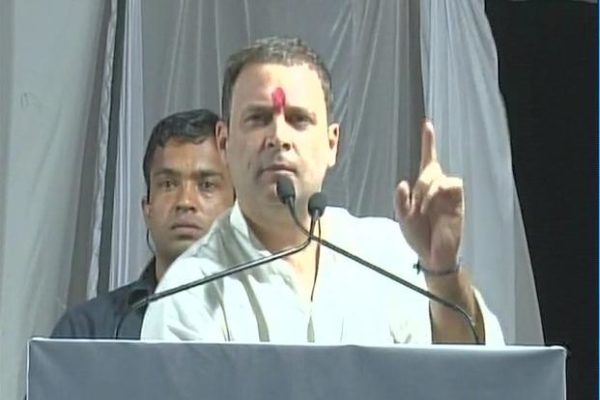 “When UPA was in power, the cotton price was Rs. 1,200 and Narendra Modiji demanded Rs. 2,000 from the then central government. Today, in his government, cotton prices have fallen to Rs. 800… The situation for groundnut crop is the same”.

If he is terrific actor, you are a terrific comedian… You are going to be the Prez of a grand old party, refrain from foolish talks.

He ( @OfficeOfRG ) is a terrific comedian . He's not crying but public crying to read/listen him.

Rahul Gandhi says Modi ji is a actor, however Rahul forget that he himself is a brilliant actor when showed everyone that he is poor by showing tore his own kurta infront of public and ran away to Italy whenever Delhi and others states faces any problems. @TajinderBagga