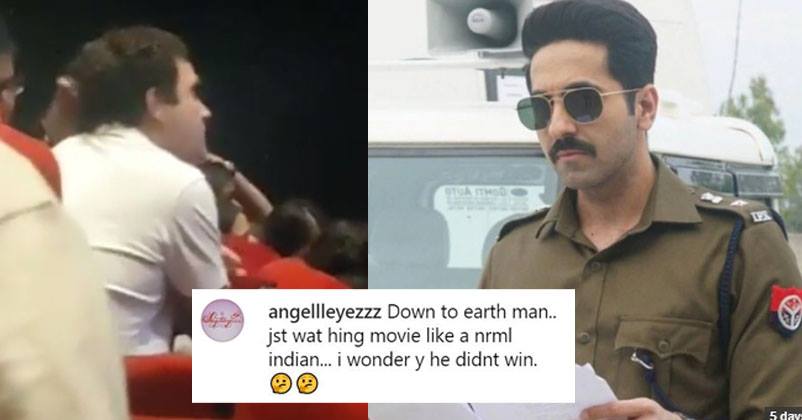 The former president of Indian National Congress Rahul Gandhi took some time off his busy schedule and went to watch Ayushmann Khurrana starrer Article 15 in PVR Chanakya in New Delhi. The moment he entered the theatre he became the center of attraction and people clicked his photos and recorded videos. And now that the video is going viral the politician is garnering wide appreciation from people. 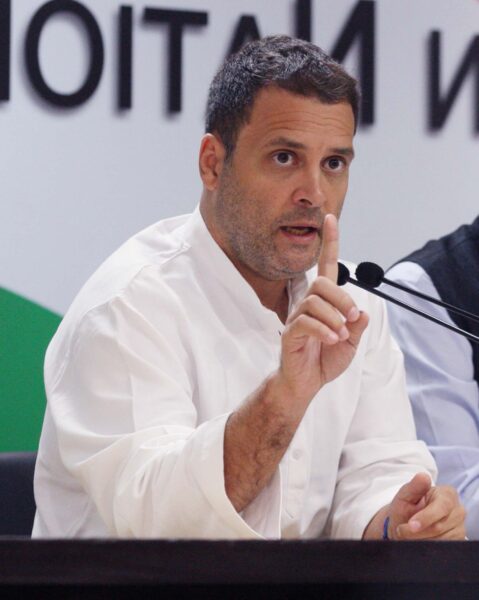 He not only watched the movie, but he also interacted with other moviegoers and ate popcorn. People are calling him down to earth politician who sat among commoners and talked to them. He watched the movie based on caste discrimination in the country. Article 15 is based on the 2014 Badaun rape case where two Dalit women were raped and murdered.

One of our followers captured #rahulgandhi at pvr chanakya in Delhi yesterday. He was watching #Article15 #viralbhayani @viralbhayani 🎥 @mountaingirl_04

In the video, people are posting good comments about Rahul. See here: 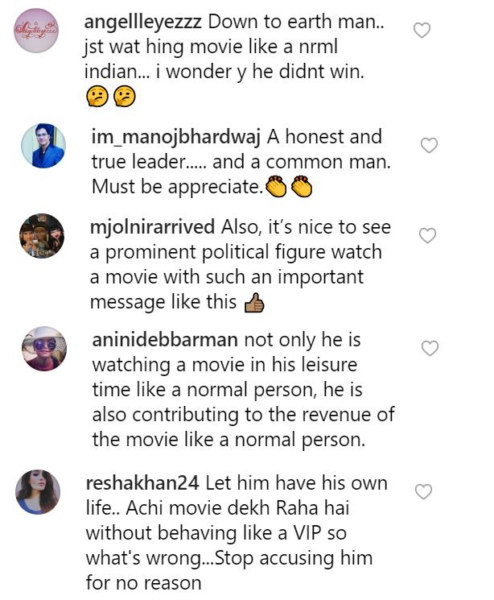 Congress Chief Rahul Gandhi Resigns From His Position
Highlights Of Budget 2019: Prices Of Petrol & Diesel To Get Costlier