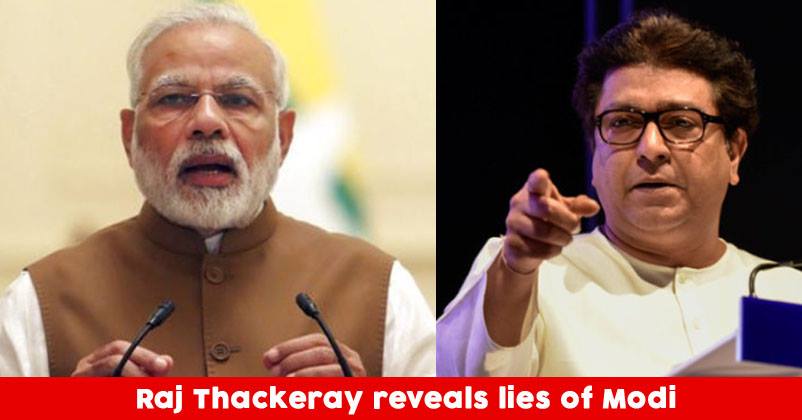 Raj Thackeray chief of Maharashtra Navnirman Sena (MNS) at a rally on 23 April, Tuesday called an entire family on stage, revealing that their photo had been used by the Bhartiya Janta Party without the family’s knowledge to fulfil the propaganda of the political party. 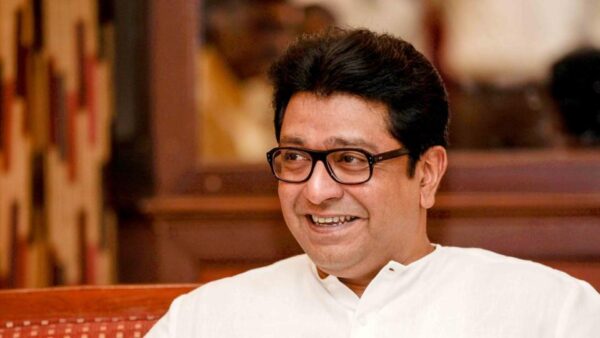 Thackeray was addressing a massive rally in Maharashtra. He invited the family on stage before asking the mass to look at that giant screen, which displayed a screenshot of a BJP Facebook page. 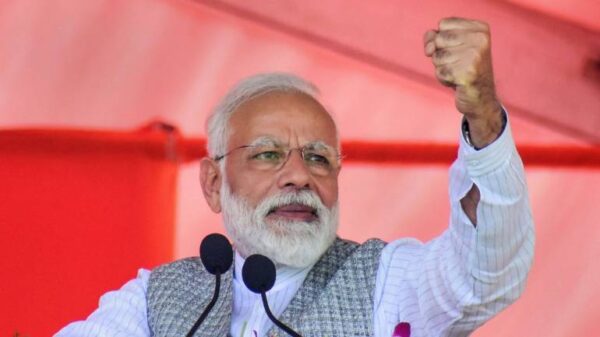 A Facebook page ‘Modi For New India’ posted a picture of a family with PM Narendra Modi alongside with the caption “To provide a better life for the poor is not just a slogan for Modi ji but it’s a mission. Congress can only give the slogan to remove poverty, but it can’t do anything tangible.”

The page also claimed, “7.5 crore people were brought out of poverty in the last three years.” The post implies that the family was one of the inheritors of a poverty reduction scheme of Narendra Modi.

Thackeray disclosed that the family had no idea that their photo was circulated, which the MNS leader said they had posted on Facebook, had been picked up and used by the BJP’s IT cell to achieve the success of their poverty reduction scheme. 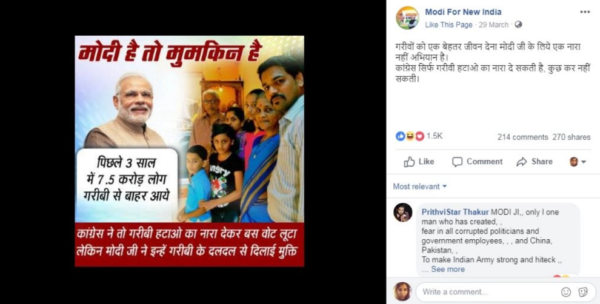 He asked the crowd “Why don’t you check for yourself? Look at the family on stage and look at the photo next to that of Modi’s. These people had no clue that they are featured in the BJP ad campaign”.

Thackeray received great appreciation on social media for his revelation, with many patting him on the back for revealing one of the biggest BJP’s ‘lies’. Nothing is more embarrassing for the Bharatiya Janata Party for faking the ad campaign.

Have to give it up for Raj Thackeray. He destroyed the lies of BJP IT wing by bringing on stage the family whose personal photo was misused by BJP IT cell for promoting fake propaganda. @SwetaSinghAT Look and enjoy pic.twitter.com/fYhfmwhGEP

What a guy! @RajThackeray gets an entire family on stage used in BJP propaganda of poverty reduction!

They have zero good things to say on how Modi ji reduced their poverty! Image used without them even knowing about it!! pic.twitter.com/dl6ZAWtaLd

Godi Media should be ashamed of @RajThackeray ‘s excellent investigative work. This is basically media’s job. Because they are scared of doing it, Raj is doing it. कुछ शर्म करो मिडीयावालो!

Raj Thackeray brought on stage the family, whose Facebook family photo was used by the BJP IT cell, for a false "Narendra M with the poor" campaign, without their knowledge and permission and who don't look "poor" by any standards ! What a sham this government is! @RajThackeray