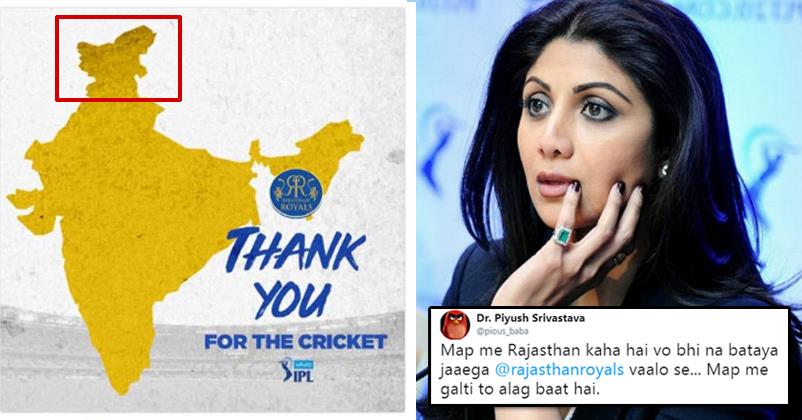 Indian Map’s pic is one of the best choices to represent the country. However, many times brands and people do big blunders while using it. It has been done several times earlier and recently the social media team of IPL’s Rajasthan Royal team did the same.

While thanking the fans for their support in the recent IPL series, they posted a wrong representation of Indian map. Have a look- 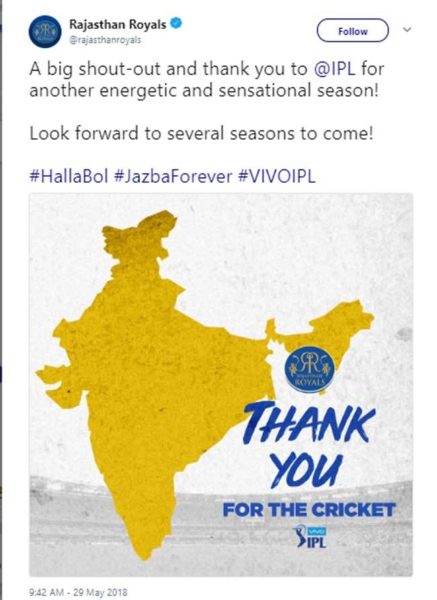 In the map that was posted on Team RR’s Twitter channel, there was a problem with the representation of Jammu and Kashmir state. The big blunder didn’t go well with the followers and they trolled the team big time for it.

Shame on you , showed incorrect map of India .

Why cant you show correct map according to Indian standards?😠 hope u rectify the mistake!

This isn't map of india .. i hope this isnt deliberate attempt .

As they noticed the negative comments dropping in, Rajasthan Royals was quick to take notice and delete the tweet. And soon after the incident they posted a fresh tweet with the correct representation of the Indian map. Have a look-

A big shout-out and thank you to @IPL for another energetic and sensational season! 👏

A big shout-out and thank you to @IPL for another energetic and sensational season! 👏 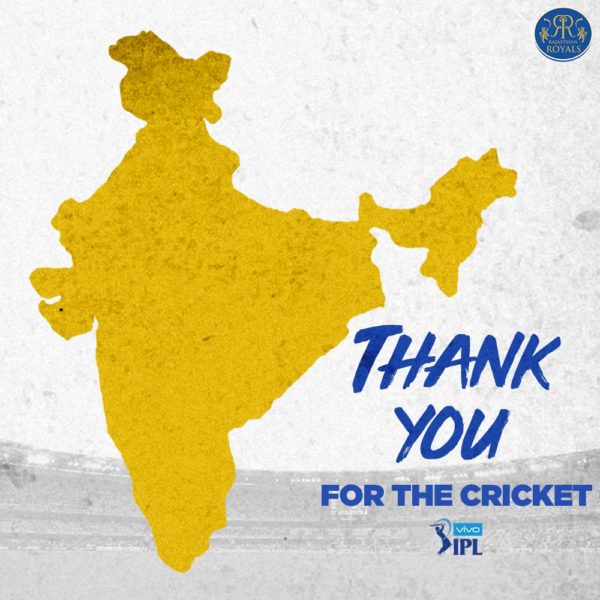 Well, It’s good they corrected their mistake but precaution is better than cure. We hope people keep in mind to verify such things before posting in future.