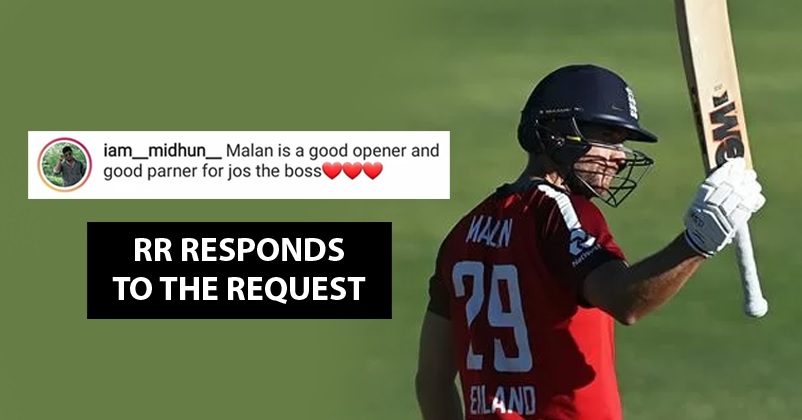 The IPL team Rajasthan Royals will surely not like to remember the IPL 2020 which was played in UAE as in that season, RR ended up at the bottom of the points tally despite starting the tournament with two big sensational wins. RR hasn’t been able to make an impact in the IPL for many years, though they won the inaugural edition under the leadership of Australian cricketer Shane Warne.

There is no denying the fact that the Rajasthan franchise will make attempts to perform better in the IPL 2021 that is scheduled to be played in April. The auction for the league is going to take place tomorrow and it will be interesting to see which players will be purchased by RR. However, a fan recently came up with a suggestion for the franchise as he wrote in a comment on the social media platform that Dawid Malan is a good opener and also a good partner for Jos Buttler.

The fan’s comment read, “Malan is a good opener and good partner for Jos the boss”.

We all know that the social media handler of RR is quite a witty person who has made us laugh many times and this time again, the admin comes up with a funny reply. The response from RR read, “You seem to be a good strategist”.

33 years old Dawid Malan is an English cricketer who is all set to make his IPL debut as he has registered himself for the auction with the base price of Rs 1.50 crore. Not just RR but other franchises will also be looking for buying Dawid Malan as he is at the number one spot in the ICC rankings for T20 batsman. 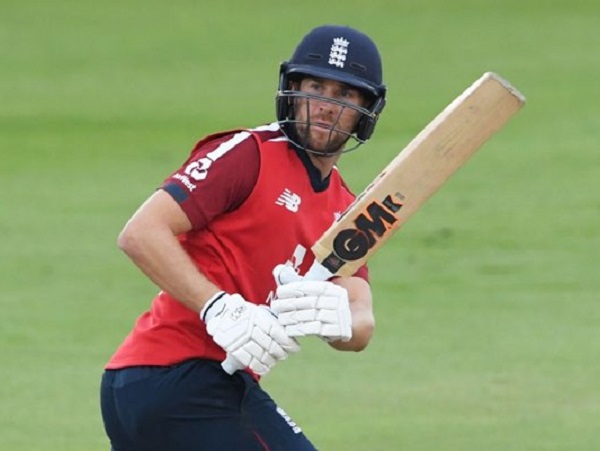 Earlier in an interview, Dawid Malan says that being at number one spot doesn’t assure a place in the national team, however it is something that he will certainly cherish after getting retired as fond memories.

Which franchise do you think will be able to get Dawid Malan join their team? Let us know.