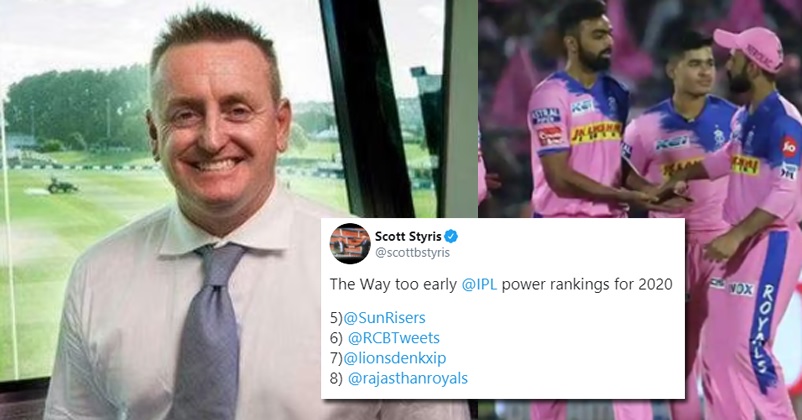 Indian cricket fans are pretty happy with the fact that after a long time, they will be able to see their favourite cricketers in action on the field as the IPL 2020 is going to commence from September 19. Earlier the league was slated to start on March 29 but it was postponed due to the coronavirus pandemic and now it is being held in UAE as the number of coronavirus positive patients is still on a rise in India. Total 56 matches will be played in the tournament and the venues for these matches will be Abu Dhabi, Sharjah and Dubai.

While the franchises are not leaving any stone unturned in increasing the interest of their fans by means of regular updates on social media networks, now the commentators and analysts have also started giving their opinions on various aspects of the tournament.

Recently, the former New Zealand cricketer Scott Styris posted a tweet in which he made the prediction regarding the rankings of the 8 IPL teams at the end of round one. As per the former Kiwi player, Delhi Capitals will be at the top of the table while the other three teams which will make it to the play-offs will be Mumbai Indians, Kolkata Knight Riders and Chennai Super Kings. In the opinion of Scott Styris, Rajasthan Royals will be at the bottom of the points table. 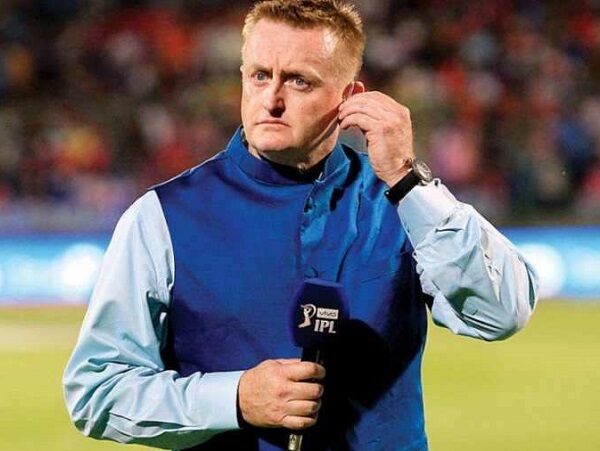 The Way too early @IPL power rankings for 2020

When this tweet was noticed by the Rajasthan franchise, they responded in a cool style. The official Twitter handle of Rajasthan Royals replied to Scott Styris that they are saving the tweet for the time being, in a way RR has taken up the challenge of proving Scott Styris wrong. 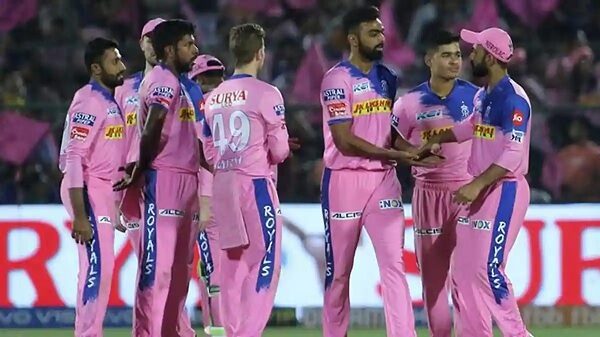 Their banter didn’t come to an end here as Scott Styris replied by saying that he would be very happy to be proved wrong. At one fell swoop, he also took a friendly jibe at Ish Sodhi who is a part of the RR camp as a spin consultant.

Here is what Scott Styris wrote, “Love it! Would love nothing better than you to prove me wrong. BUT… you’ve got my boy Ish ‘reetinder’ Sodhi there helping you out… Can’t back you on this alone”.

Love it! Would love nothing better than you to prove me wrong.

BUT… you've got my boy Ish "reetinder" Sodhi there helping you out… Can't back you on this alone 😉 https://t.co/c3MB6AftYT

What will happen in the future is uncertain but if look at the team composition of Rajasthan Royals, it comes out to be a pretty good and balanced team with Steve Smith leading the side and Jofra Archer making their pace attack stronger. How we can forget to mention that the England cricketer Jos Buttler who is also a part of RR is in very good form and recently, he helped his team in winning the ODI series against Australia. RR also has Ben Stokes and some good Indian cricketers such as Robin Uthappa, Sanju Samson, etc. who can play some important innings whenever needed.

What is your opinion the tweet of Scott Styris? Let us know.

Have You Ever Wondered What Is Written On The IPL Trophy In Sanskrit?
Ashwin Responds To Pak Fan Who Trolled Him After Starc Just Warns Rashid Instead Of Mankading