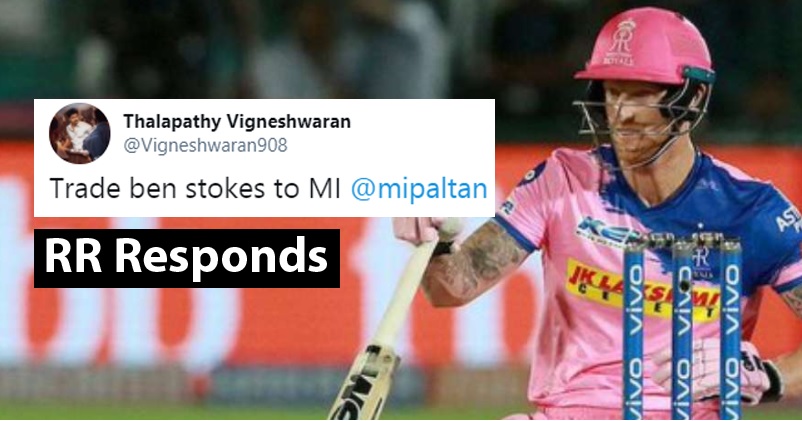 The auction for the IPL 2021 will take place on February 18 and the franchises have already issued the list of the players whom they have retained and whom they have released. Each franchise will like to make the best team and perform well in the tournament, especially those who have had a bad time during the IPL 2020.

Rajasthan Royals had a great start in the IPL 2020 and they won the first two matches in quite prolific manner but then they lost some close matches and their campaign went haywire. However, there was one player who played pretty well for RR and was praised for his performances.

We are talking about England cricketer Ben Stokes who played only 8 matches out of 14 but made his presence felt as he scored 285 runs with an average of 40.71 and his strike rate was 142.50. In one of the matches against Mumbai Indians, he played a brilliant knock of 107 for which he played only 60 balls. His innings included 14 fours and 3 sixes and RR won that match comfortably. 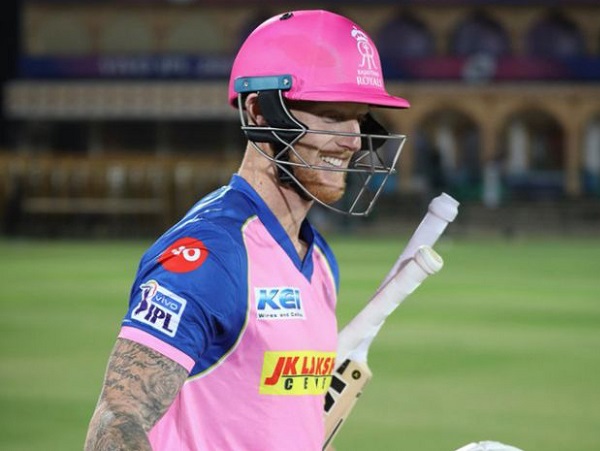 To this, the official Twitter handle of the Rajasthan franchise replied with a funny gif.

Rajasthan Royals had won the inaugural edition of the IPL in 2008 under the captaincy of Australian cricketer Shane Warne but after that, they have failed to make an impact. Recently, they released the Australian cricketer Steve Smith who was their skipper in the IPL 2020 and Sanju Samson has been appointed as the new skipper of the team. On the other hand, MI won the IPL 2020 which was its fifth IPL win under the leadership of Rohit Sharma.

Which team has good chances of winning the IPL 2021 trophy according to you or which team do you want to win? Let us know your opinion.