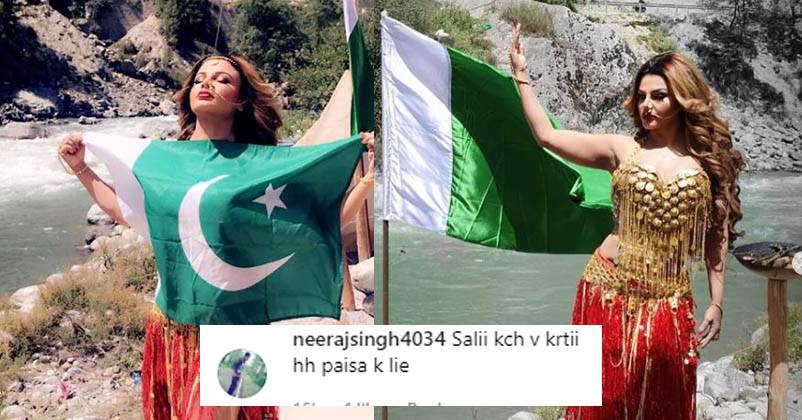 Rakhi is the controversial queen of Bollywood no would not agree. With years she is known to lose her sensibility over things, well not everyone can handle stardom now, can they?

The ‘Pardesiya’ item girl is widely known for her raunchy numbers and weird take on things. She is always on the talk, on the negative side. But always on the talk. But this time she might have taken things a little bit too far.

She captioned it as, “I love my India but it’s my character in the film Dhara 370.”
But fans didn’t spear her even if it was for a movie.

With the budding tension between India and Pakistan since forever, such media post just encourage online bullying and fights.

Rakhi shares video’s of the sets and in the film Dhara 370 she plays the role of a Pakistani girl. She appears in the film as an item girl. This is not going well with the Indian fans as they hold a huge grudge against Pakistan.

She repeatedly mentions that this is just a role she is playing but everyone is busy taking her down.

It’s Sai Pallavi’s Birthday And We Can’t Keep Calm
5 Lesser Known Facts About Rabindranath Tagore, To Remember The Legend On His Birthday