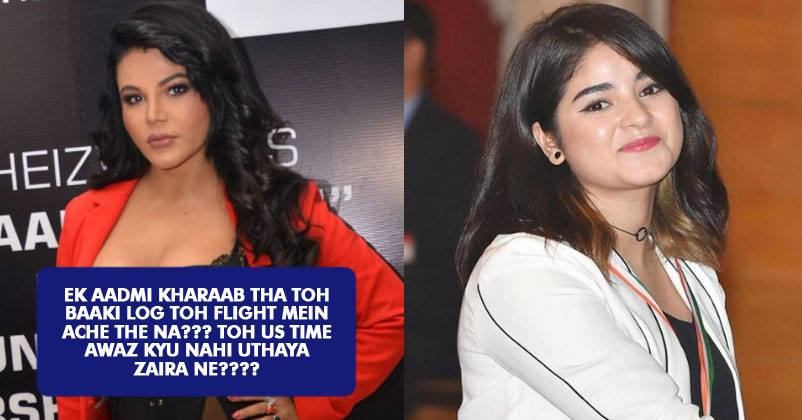 Many celebrities especially from Bollywood have come out in support of teenager actress Zaira Wasim who has alleged that she was molested in a Vistara flight.

Rakhi Sawant also shows sympathy towards the Dangal actress but at the same time, she has some questions for the teenager. We must say that Rakhi has put up really sensible and valid questions and I’m sure that we all too want their answers from Zaira. 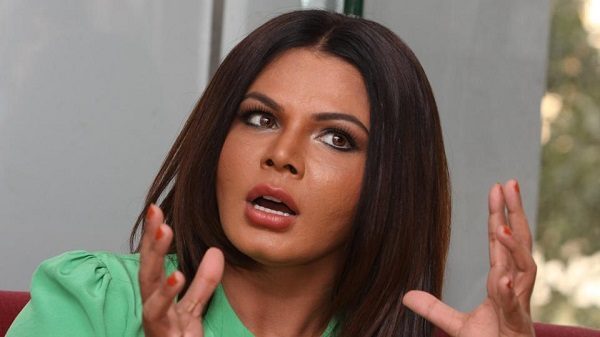 In the words of Rakhi,

“Zaira, 17, was troubled by a co-passenger whose name I believe is Vikas. Why did she wait to land in Mumbai before sobbing her grief into the social media? She should’ve yelled and screamed and created havoc on the flight rather than wait for later. The minute the incident happened she should’ve slapped the man. I’d have slapped him and shouted for the co-passengers and cabin crew to gather around me. Ek aadmi kharaab hai toh baki log to flight mein achche hain na (if one man is misbehaving on flight there are other decent people on board). Why didn’t Zaira raise a ruckus then and there? Why wait? And why weep like a baby?”

Rakhi strongly believes that this is not the way the actress should have reacted because,

“In Dangal, Aamir Khan taught her how to fight. Zaira is the Dangal girl, not some wimpy cry-baby, trying to get public sympathy by weeping. She should’ve beaten the hell out of the offender.”

However, she clears the airline from all the charges as she has travelled a lot by Vistara. She said,

“I travel a lot by Vistara. They are a very decent lot. Their cabin crew is polite and considerate. Their pilots are efficient. I can’t understand how or why the incident with Zaira was allowed to escalate out of hand.”

Rakhi was quite bold in comparing the swiftness of police in catching the accused in a celebrity’s molestation case and in another case where a 5 years old girl was raped and brutally murdered.

“A celebrity child of 17 has a complaint about harassment. The alleged offender is nabbed and put in custody within hours. A poor little unknown girl of 5 is raped and killed. The offender roams around freely days after the gruesome crime. What is happening in our country? Somewhere priorities are very twisted. Kuch toh sharm karo (show some shame).” 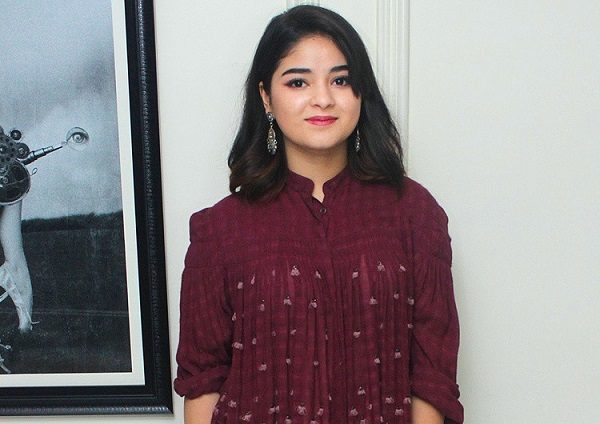 Ashok Pandit, a filmmaker and an activist, stated,

“If it’s true (that the incident with Zaira Wasim really happened) then it’s very important to take serious action against the molester. Nobody has the right to humiliate a girl like this. Imagine her state of mind. Today it’s Zaira tomorrow it could be anybody’s daughter, sister, mother or wife. For me those who remained silent around her are bigger criminals then the molester. Having said that it’s also very important to hear the other side and then come to any conclusion.”

“It is shameful that the man was manner less enough to rest his foot on her armrest. Compels me to believe any allegation against him thereafter. I am glad she has raised a stink about it and I hope people learn a lesson from this.”

If we go by the latest developments, things don’t seem to go the actress’ way as the airlines has stated, in the letter sent to DGCA, NGT and aviation ministry, that any misbehaviour from the side of the accused was not observed and the actress and her mother refused to file an FIR when they were asked to while landing at Mumbai airport.

In an earlier report, a co-passenger has also stated that the accused didn’t misbehave; the only thing that he did wrong was putting his foot on the armrest.

Well, the whole country wants to know the complete truth and if the accused is really guilty, he should be punished but if he has been accused wrongly, the actress should also be made to learn a lesson so that no one takes advantage of their gender and popularity on social media.

What do you have to say? Let us know your views.

New Twist In Zaira Wasim Case. Crew Did Not Observe Any Misbehaviour By Accused During Flight
Rishi Insulted Journos At Book Launch Event, Said They Came For “Muft Ki Daru”. Twitter Slammed Him