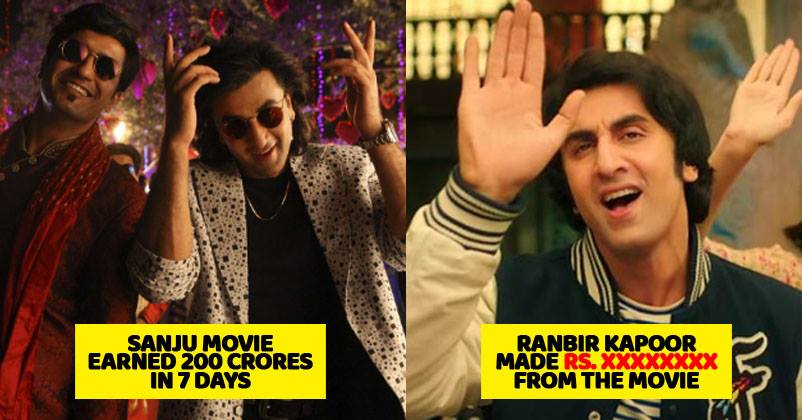 Rajkumar Hirani’s “Sanju” which is based on the life of Bollywood star Sanjay Dutt and features Ranbir Kapoor in the titular role has been going great on the box-office as the movie broke many records and became the highest opener and highest first weekend earner of the year.

What’s more, it took “Sanju” just 3 days to cross 100 crore mark and in only a week, it entered 200 crore club. It has already beaten all the three Khans and it will be interesting to see how much it earns in the second weekend.

Ever since the trailer of the flick was released, people were all praises for Ranbir Kapoor as he brilliantly stepped into the shoes of Sanjay Dutt. Needless to say, it took him a lot of hard work and dedication but all his efforts paid off after the smashing success of “Sanju”.

Viewers as well as critics can’t stop appreciating the actor for flawlessly portraying Dutt on the silver screen. In fact, it won’t be wrong to say that with such brilliant and power-packed performance, Ranbir has set a mark for himself and people now have high expectations from him.

“Sanju” is the biggest movie of Ranbir’s filmy career so far and when it included so much of devotion, it’s natural for his fee to be good.

Talking about Ranbir’s charges for “Sanju”, the actor is paid a whopping sum of Rs. 25 crore and we must say that he’s worth every penny as he has worked a lot on himself for depicting Sanjay Dutt on the screen. 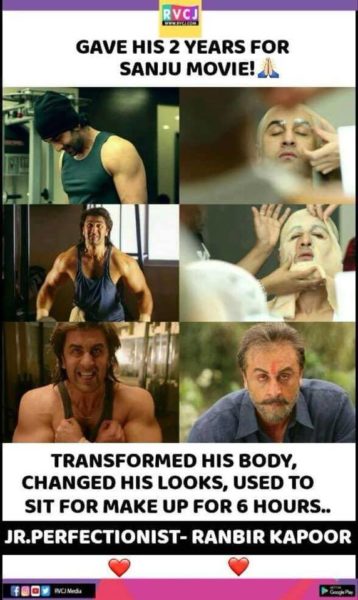 Did you watch “Sanju”?