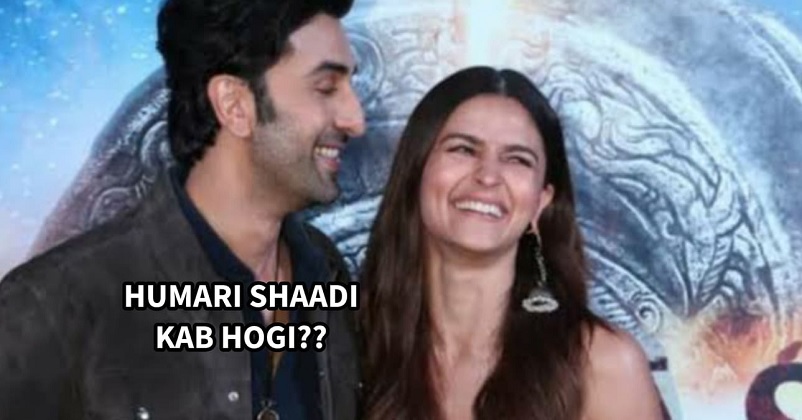 Ranbir Kapoor and Alia Bhatt make one of the most loved couples of Bollywood and watching them together on the silver screen will surely be no less than a visual treat for their fans. They are working together in Ayan Mukerji’s “Brahmastra” which is being made for many years now and also stars Amitabh Bachchan, Mouni Roy and Nagarjuna in important roles. 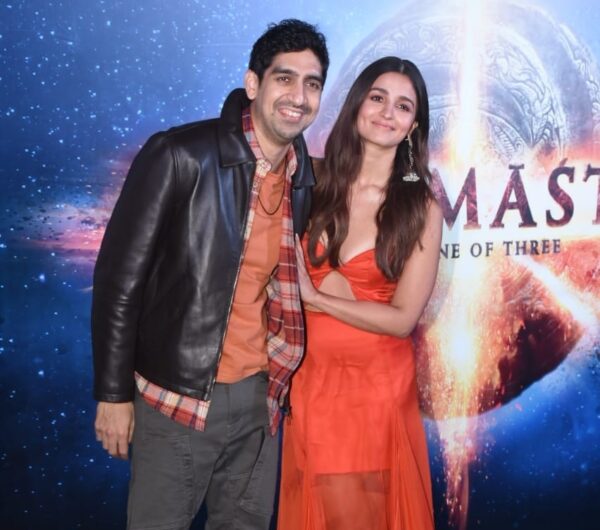 Recently, a promotional event for the movie was organized in Thyagraj Stadium, Delhi, on Wednesday which was attended by the couple and fans also came in huge numbers to see their favourite stars. It was kind of obvious that they were asked about their marriage plans and in response, Ranbir Kapoor says that not many people have tied the knot in the last year and this is something about which they can be happy.

Then Ranbir turns towards Alia and asks her when they are getting married. The actress who has already been blushing responds with, “You are asking me?”. 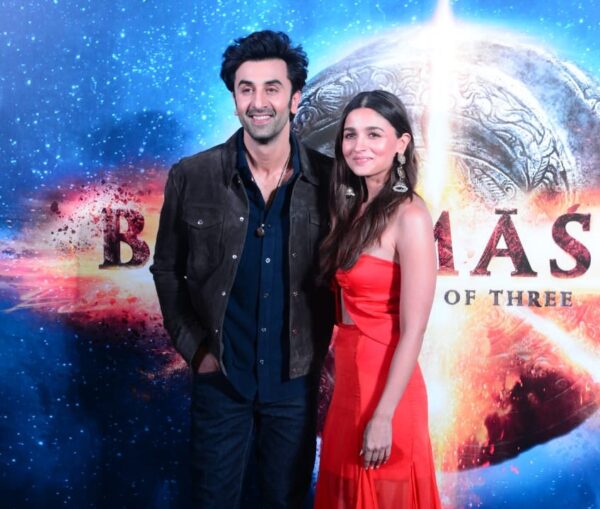 Ranbir quickly improvised and said that he was asking from Ayan Mukerji who said that for today, they would talk about only one date and that is the date of release of the first part of “Brahmastra” which will be made in three parts.

It seems that fans will have to wait a little for the wedding of Ranbir and Alia, however the former had said in an interview that they would have got married in 2020 if the COVID-19 pandemic had not hit the world. 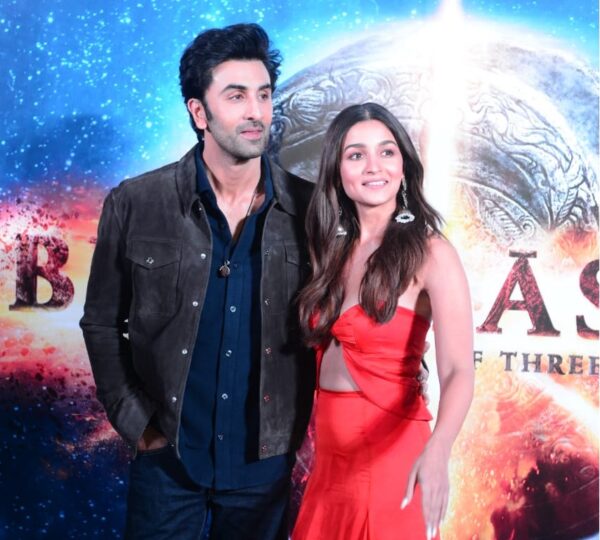 The first motion poster of the movie was also launched on this occasion which revealed that the first part of the movie entitled “Brahmastra Part One: Shiva” will release on 9th September 2022. Produced by Dharma Productions and Fox Star Studios, this superhero film will get released in five languages- Hindi, Kannada, Tamil, Telugu and Malayalam. The flick was initially scheduled to hit the theaters in December this year but Ayan Mukerji needed more time to work on VFX because of which the release had been postponed.

How did you find the motion poster of “Brahmastra Part One: Shiva”? Excited to watch the movie?

Abhay Deol Revealed Why He Never Asked For Help From Cousins Sunny & Bobby During Low Phase
From Big B To Salman, Shilpa To Madhuri, This Is How Much B-Town Celebs Charge For Reality Shows