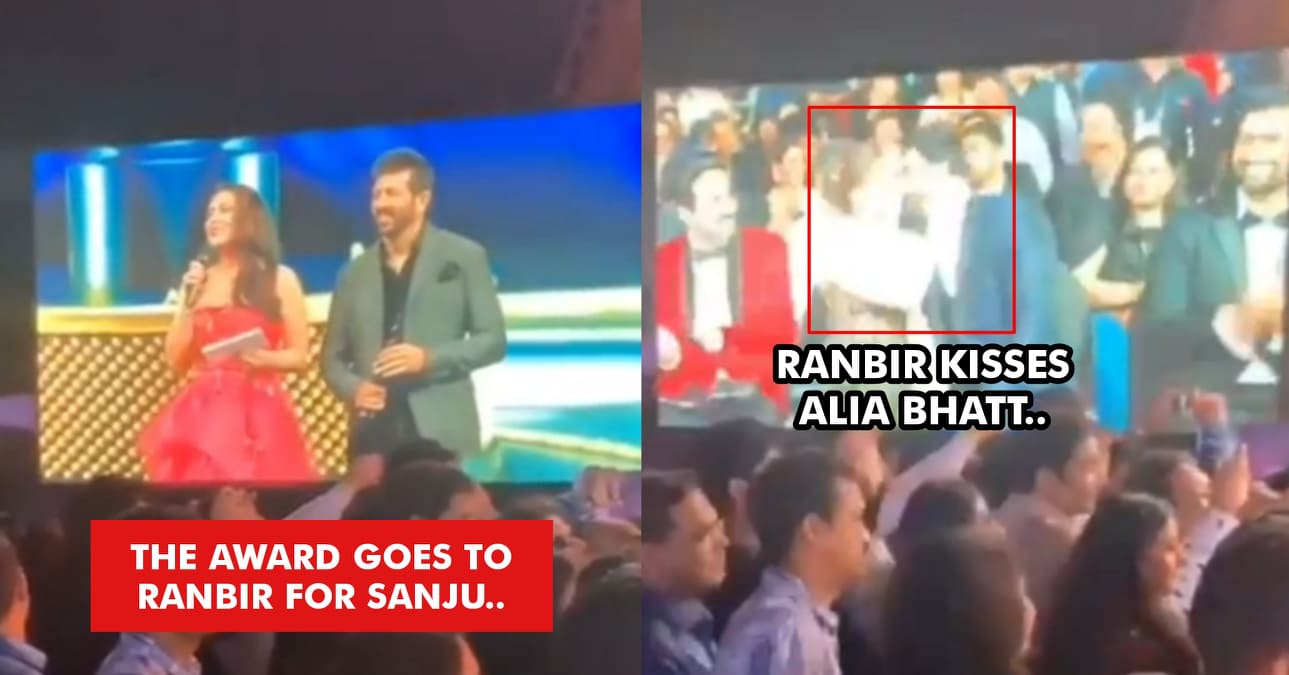 Filmfare awards are one of the most anticipated award ceremonies of Bollywood. People love to watch Filmfare Awards not just because it honours their favourite stars for their work every year but also because it brings all of them together under one roof in one night. 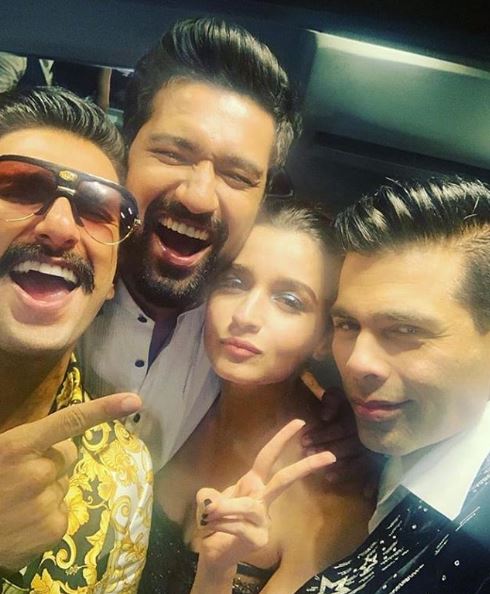 The star attraction that Filmfare Awards get, no other award function ever gets that.

Filmfare 2019 happened in Mumbai last night and among the biggest celebs that were present at the function were the likes of Ranveer Singh, Deepika Padukone, Ranbir Kapoor, Alia Bhatt, Karan Johar and many more. As always, social media was soon overwhelmed with PDA and cute moments of the stars and love birds that just can’t be ignored.

One of them was when Preity Zinta called Ranbir Kapoor to get his award by coming on the stage. 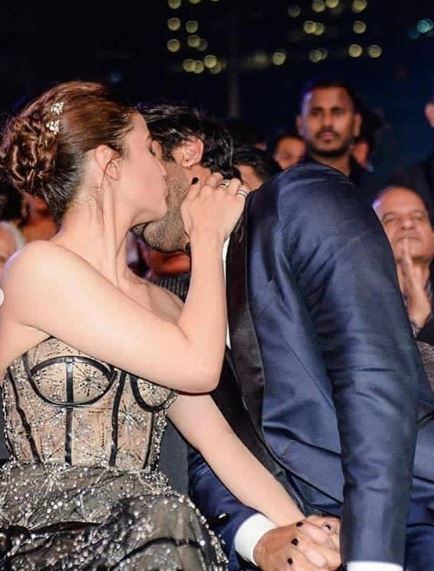 A video going viral on the social media shows Preity along with filmmaker Kabir Khan calling the name of Ranbir. Before going to stage Ranbir kisses his lady love Alia Bhatt and it makes for a major cute moment. But that’s not enough, after kissing Alia he grabs Vicky Kaushal and tries to kiss him as well which makes a hilarious moment.

Isn’t that so cute?

Uday Chopra Makes A Big Confession That He Is Not Okay. Later Deletes His Tweets
Priyanka Chopra Reveals Her Bedroom Secrets, Says She Believes In S*XTING & FaceTime S*X