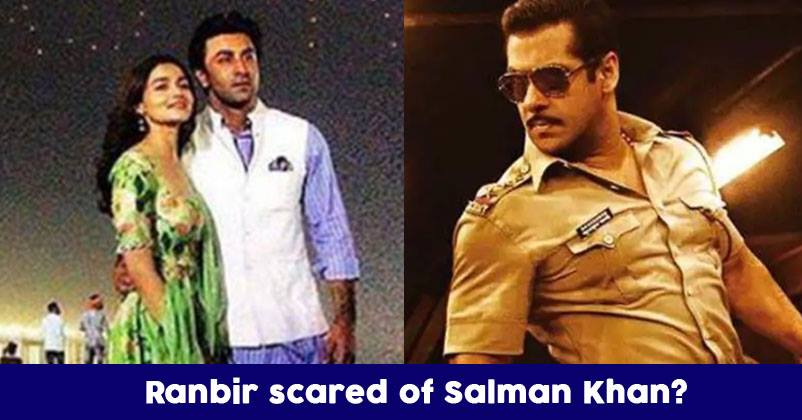 There is no doubt that Salman Khan is one of the biggest superstars of Bollywood and no producer, director or actor will like his/her movie to clash with Salman’s films. 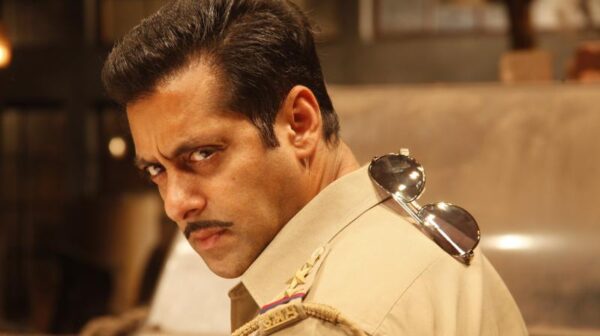 Yesterday only, Salman Khan announced that his “Dabangg 3” will be releasing on 20th Dec 2019 and since then, there were speculations that the makers of “Brahmastra” might change the date of its release soon.

“Brahmastra” is directed by Ayan Mukerji and stars Amitabh Bachchan, Ranbir Kapoor and Alia Bhatt in lead roles. It is a fantasy and supposedly the first one in the trilogy.

“Brahmastra” was first getting released on August 15, 2019, then its release date was shifted to Christmas 2019 and now its release has been delayed further; however, no date has been finalised as of now. 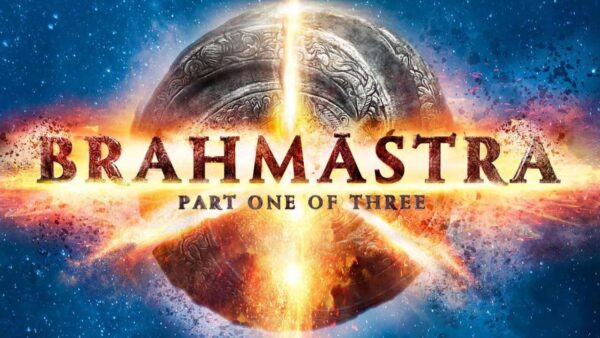 According to the makers, the release date has been changed because the VFX work is still remaining in the movie and this announcement has been made by the director Ayan Mukerji himself.

In the post, he has specifically stated that his VFX team needs some more time to complete the work in order to create a majestic experience. He says that movie will be releasing in the Summer 2020 but the release date will be made official only when they are sure about it. 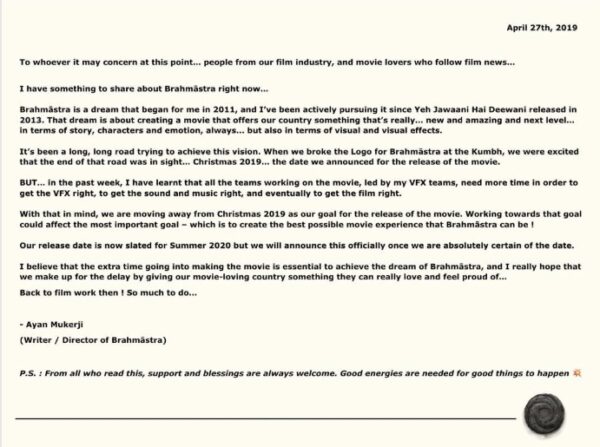 “To whoever it may concern at this point…. people from our film industry, and movie lovers who follow film news….

I have something to share about Brahmastra right now….

Brahmastra is a dream that began for me in 2011, and I’ve been actively pursuing it since Yeh Jawaani Hai Deewani released in 2013. That dream is about creating a movie that offers our country something that’s really.. new and amazing and next level.. in terms of story, characters and emotion, always…. but also in terms of visual and visual effects.

It’s been a long, long road trying to achieve this vision. When we broke the Logo for Brahmastra at the Kumbh, we were excited that the end of that road was in sight…. Christmas 2019…. the date we announced for the release of the movie.

BUT.. in the past week, I have learnt that all the teams working on the movie, led by my VFX teams, need more time in order to get the VFX right, to get the sound and music right, and eventually to get the film right.

With that in mind, we are moving away from Christmas 2019 as our goal for the release of the movie. Working towards that goal could affect the most important goal – which is to create the best possible movie experience that Brahmastra can be!

Our release date is now slated for Summer 2020 but we will announce this officially once we are absolutely certain of the date.

I believe that the extra time going into making the movie is essential to achieve the dream of Brahmastra, and I really hope that we make up for the delay by giving our movie-loving country something they can really love and feel proud of….

Back to film work then! So much to do….

P.S. : From all who read this, support and blessings are always welcome. Good energies are needed for good things to happen.”

A source also said that postponement of “Brahmastra” is nothing surprising as the shooting will be going on till October 2019 and such fantasy movies need more time for VFX and visual effects. 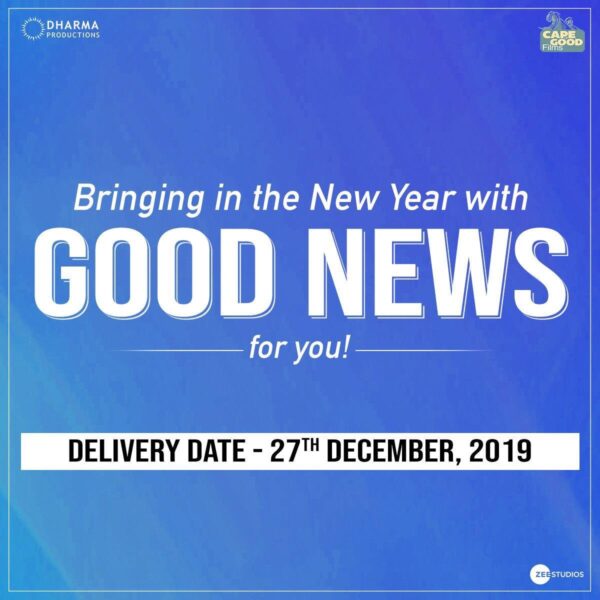 Karan Johar took to Twitter and wrote, “Delivering #GoodNews for a good year ahead! See you 27th December!”

Ajay Devgn & Riteish Had A Funny Banter Over Video Of A Parrot Doing Stunt On Two Cars
Shah Rukh Is Badly Affected By Failure Of Zero. This Is What He Said About His Future Projects