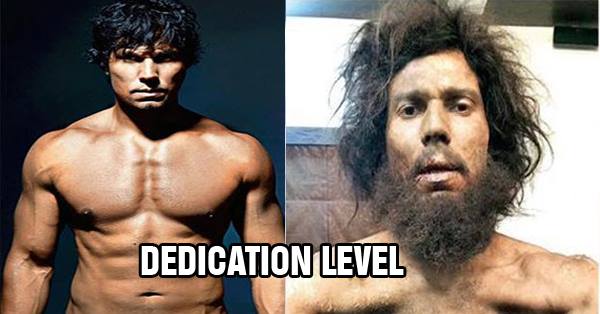 Can you believe that a Haryanvi Jat who loves choorma and alu ki sabzi went on a diet and that too the one which made him reach the state of starvation? Yes, you read it right! We are talking about 39-yr Randeep Hooda who has followed an extremely strict and unbelievable diet plan supervised by a doctor and his sister to acquire the appearance of Sarabjit Singh for his upcoming movie which is a biopic by Omung Kumar.

It will come to you as a great shock if we say that Randeep has lost 18 kgs in just 28 days and you won’t be able to recognize him now: Omung said, “He cut down on his meals, filling up on coffee and water, even when we were shooting in Palghar and gorging on some great food. In his years in jail, Sarabjit was kept in a 4 x 4 room and had rat bites all over him. The first time I met Randeep, I told him that I wanted to see his bones. He took up the challenge and shocked even me.”

What’s more, when an utterly different Hooda entered the set and sat behind the monitor, he was not noticed by anyone. Omung tells, “It was only when I called for him that I realised he was sitting right there.”

The Mary Kom director talked about the role and Randeep, “When I approached Randeep for this role, I was very clear that I need someone who is open about going through a rigorous weight loss, as the role demanded lot of different looks. Randeep took that as a challenge and agreed upon giving 100% dedication not to prove that he can do it as an actor but to do justice to the character and the film.” He added, “The role needed Randeep to look very fragile with his bones being visible. He shed around 18 kgs of weight in 28 days, went through a strict diet and in fact in the last few days he was living completely on water. The moment I told him about all this, Randeep just looked into my eyes and said that he will do it! In fact now his weight loss has become a major catalyst for him to get into the character with the right body language and expressions.”

Randeep was once needed to gain some weight as they had to shoot a wrestling scene for flashback sequences. In the words of Omung, “I gave him a 20 days break and he came back all pumped up.”

Randeep also talked about his role previous and this is what the actor stated, “Sarabjeet is a story also of a prisoner but the narrative includes the journey right from his childhood to the time he passed away.”

From 94 kg of #DLKK to 66 kg for #Sarbjit.. It's been a roller coaster ride in the same year .. Pls enjoy ur food 🙂 pic.twitter.com/FXhOgUBMox

The Next ‘Star Wars’’ Episode 9 To Be Shot In SPACE?
Meet Fatima, The World’s Youngest Divorcee.. Her Story Will Bring Tears In Your Eyes