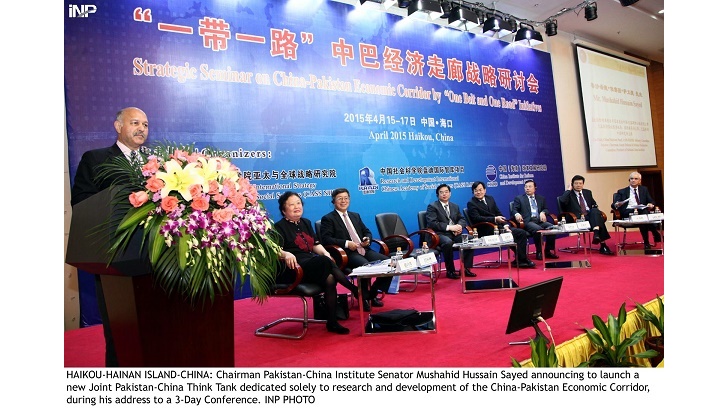 In recent times, China & Pak came together for concentrating on their financial corridor’s progress and advancement. As per Pakistan Today, this joint venture is called-

There would be two co-chairpersons in RANDI, first being Madame Zhao Baige and the other is Senator Mushahid Hussain.

In the words of Senator Mushahid, “The new think tank is the first joint initiative of China and Pakistan which will be dedicated to research on the China-Pakistan Economic Corridor.” It will put the accent on offering an ‘Information Corridor’ for promoting prospects, information as well as data for scholars, organizations, students, policy-makers and specialists of the two nations.

Well, that's an unfortunate name for a think tank… http://t.co/DvCTM00gU8

#China you are forgiven, for its your ignorance.
But #Pakistan, you just played a risky game there.
Seriously? #RANDI #PakChinaFriendship

This Indian Woman Is The First One To Climb Mt. Everest Twice In 10 Days
Shocking: Diamond Gifts To Guests By Kuwait Prince While Common Public Does Not Have Food To Eat