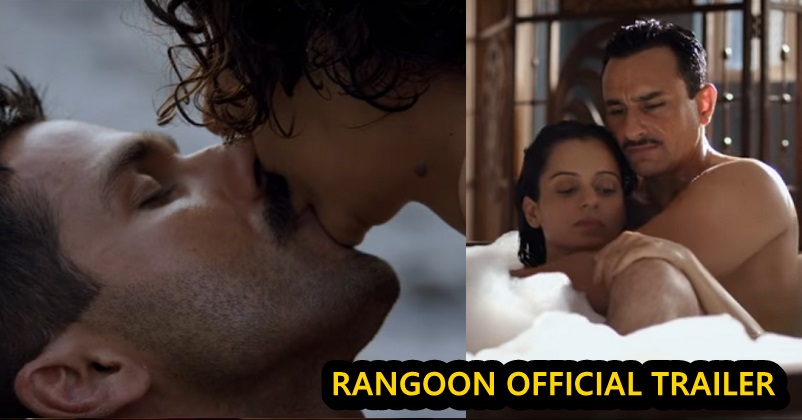 The trailer of “Rangoon”, starring Saif Ali Khan, Shahid Kapoor And Kangana Ranaut is out and believe us, it is amazing.

The theatrical trailer of Rangoon says that it is a period love story during the World War – 2 when the Japanese army entered the borders of India. The trailer is bold, intense and dark. The trailer opens showcasing about the World war 2 during 1944 where India was under the British Rule and many Indians were fighting for Independence. And then focus shifts to the love triangle between Shahid Kapoor, Saif Ali Khan and Kangana Ranaut.

Shahid in Haider & Saif Ali Khan as Langda Tyagi in Omkara. Director Vishal Bharadwaj is always known for dark and offbeat movies and he carry-forwards this legacy with Rangoon. Watch the trailer here:-