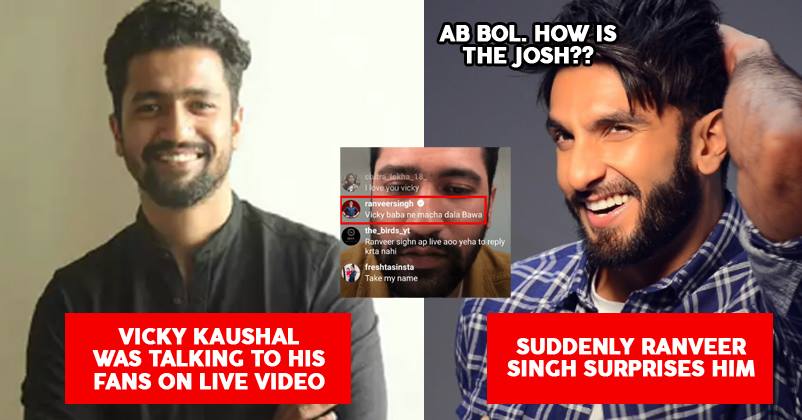 Both Vicky Kaushal and Ranveer Singh are at the top of their game, career wise, and both actors have been rewarded with massive hits recently.

Vicky Kaushal is still basking in the glory of his massive success Uri: The Surgical Strike and so are we. We simply cannot take our eyes off of him. 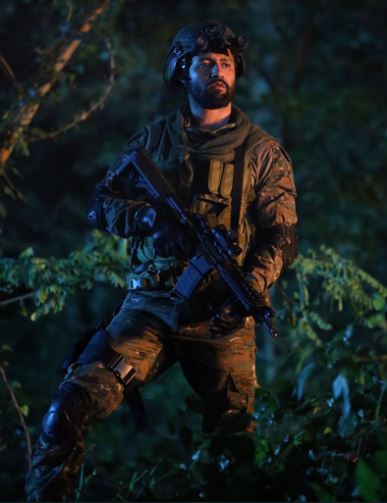 Ranveer too is celebrating the huge success of Simmba and is gearing up for his 14th February release, Gully Boy which has already become one of the much awaited movies of the year.

Yesterday, Vicky Kaushal went live on Instagram in an effort to communicate with his fans. He looked really hot btw, in a brown jacket and claimed that he was coming live in between work.

Vicky was happily interacting with his fans and his friends from his engineering days who couldn’t stop pulling his leg.

And guess who hijacked his live? Ranveer Singh! For fans, this was a shock as Ranveer began commenting on the live. Hw started with “Sheruuuu” 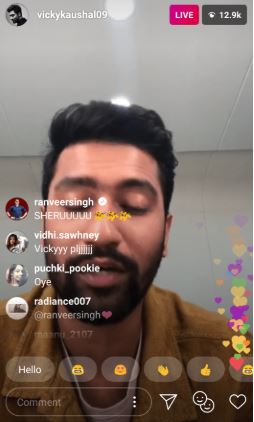 However, not many people realized that it was actually Ranveer Singh who had joined them on the live. Vicky seemed really excited though.

And what’s more, Ranveer kept commenting on the live streaming, which meant that he was actually watching Vicky’s live along with us. 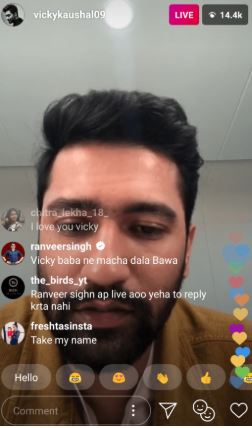 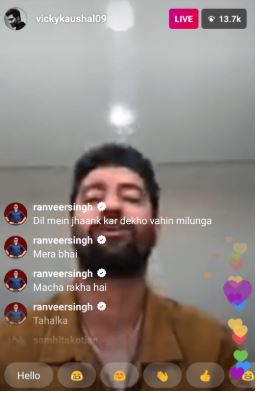 And then be began a series of comments, which show that Ranveer was totally fan boying over Vicky. In ways more than us, Ranveer is actually like us, don’t you think?

How cute is this?

Janhvi Kapoor Was Asked About ‘Sridevi Bungalow’ Controversy, This Is How She Reacted
Australian Open Called Anushka Sharma A Legend. Twitter Called It A Joke & Trolled Her Mercilessly