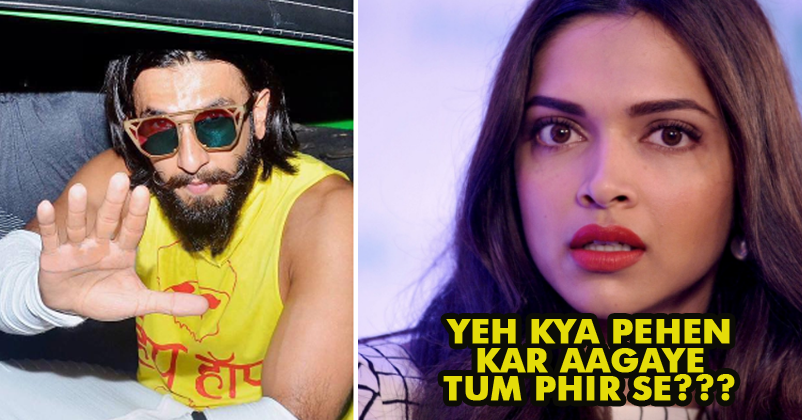 The Bajirao of Bollywood never fails to amaze us with his uncommon and extraordinary dressing sense. Yes, we are talking about none other than Ranveer Singh who makes headlines not only for his movies but also for his bizarre fashion choices, at times. At one fell swoop, we just can’t ignore the fact that he’s quite confident, no matter whatever he does. In fact, he doesn’t give a damn to what the world or people will say and this is something which makes him stand out in the crowd. Agree?

He is undoubtedly one of the most handsome and dashing actors of the Hindi film industry and looks good regardless of what he wears but this doesn’t mean that he will lose the sense of fashion at all, does it? Sometimes, Ranveer does things which nobody can think of and what he did some days back perfectly proves the statement to be true.

That’s right! The actor hosted a private party recently and you won’t believe how he reached the venue! Contrary to what anyone could think, he opted for an auto instead of his car and wore perhaps the weirdest outfit of his life. Is it really that cool? What do you have to say about this dress of Ranveer?

He Could Have Traveled The World For Free! This 20 Yr Old Ethical Hacker Will Inspire You!
PM Modi & Celebs Mourned Over Shocking Manchester Terror Attack At Ariana Grande Concert!