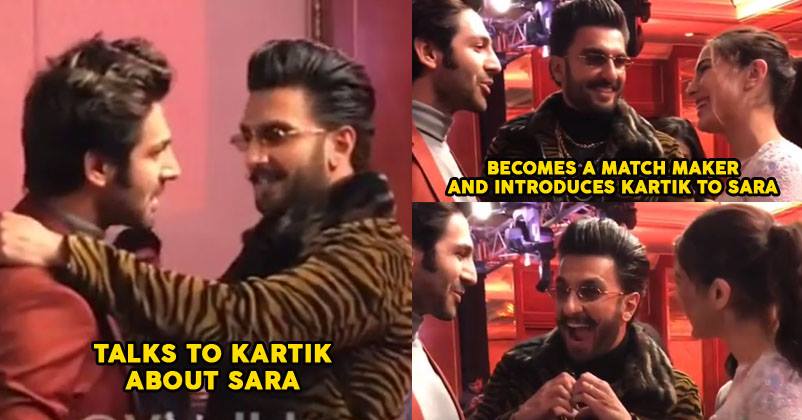 Sara Ali Khan hit the news headlines last month as she confessed at Koffee With Karan that she wants to date Kartik Aaryan. When the actor was asked about the same later at an award function, he couldn’t stop blushing and said that she’s pretty and he would like to drink coffee with her. 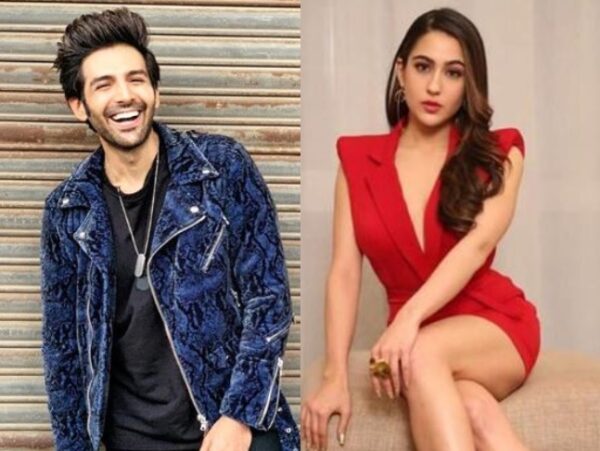 Ranveer Singh took the things a step forward recently as all three of them attended an award function last night. A video is all over the social media now which shows Ranveer Singh having a candid chat with Kartik and later introduces him to Sara.

The moment is really adorable and the faces of all three deserve a repeat watch. Don’t miss the ending when Ranveer teases both of them by making a heart with his hands. However, Sara and Kartik try to remain subtle and part ways by hugging each other. Watch the video below-

Dia Mirza Targets Akshay Kumar And Asks Why No Women Was Included In The Bollywood And PM Meeting
Sonu Nigam And Sona Mohapatra Are Fighting Over Anu Malik. It’s Getting Dirty