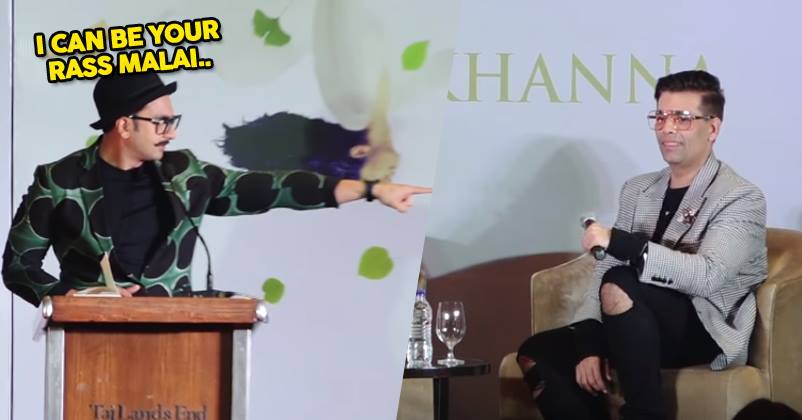 Needless to say, a wave of joy has spread in the country after the honourable Supreme Court abolished Section 377, thus giving the LGBTQ community freedom and a chance to live lives on their own terms with the partner of their choice without any fear of being called criminals.

During the book launch event of Twinkle Khanna, Ranveer Singh took a jibe at Bollywood director-producer Karan Johar on the scrapping of Section 377.

Firstly, he appreciated the SC’s verdict and began his speech with words, “I think before I start, a thundering round of applause for the verdict, guys!” 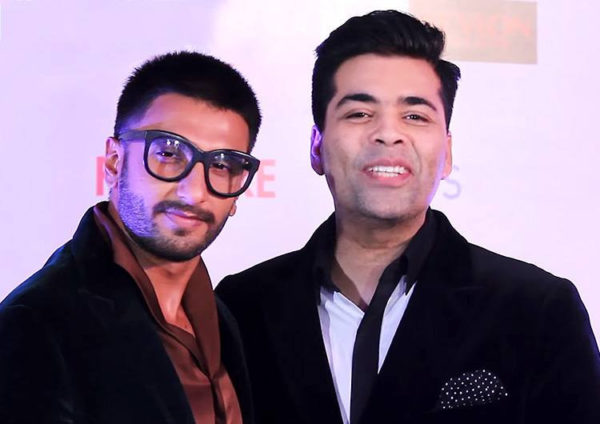 Ranveer further pointed towards Karan Johar and said, “You can have as much dessert as you want Mister.”

To this, KJo asked him, “Why has this become about me? Tighten your pyjamas and read now.”

And Ranveer replied, “We are doing ‘Takht’ together. I’ll be your Rasmalai.”

When the decision regarding Section 377 came, Karan Johar took to Twitter and wrote, “Historical judgment!!!! So proud today! Decriminalising homosexuality and abolishing #Section377 is a huge thumbs up for humanity and equal rights! The country gets its oxygen back! 👍👍👍💪💪💪🙏🙏🙏”

Historical judgment!!!! So proud today! Decriminalising homosexuality and abolishing #Section377 is a huge thumbs up for humanity and equal rights! The country gets its oxygen back! 👍👍👍💪💪💪🙏🙏🙏 pic.twitter.com/ZOXwKmKDp5

Ranveer Singh is reportedly getting married to his ladylove Deepika Padukone in November this year and while Deepika has clearly denied saying anything about it, Karan Johar has not denied the news.

Someone Tried To Troll Arjun Kapoor & Called Him Molester. Arjun Shut Him Like A Boss
First Look Of Rana From NTR Biopic Is Out. He Has Shown Great Transformation After Bhallaldeva