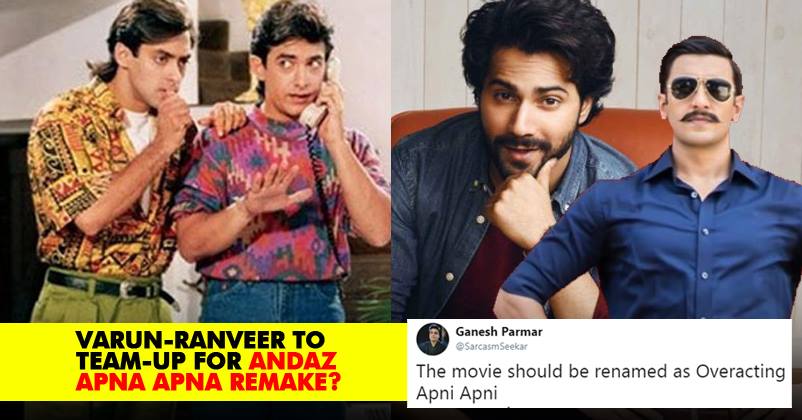 Well, we knew that the cult film Andaz Apna Apna was in the talks for a remake, but we did not know who would be starring in it. 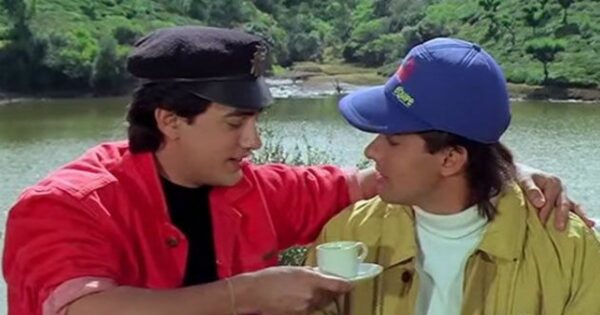 More importantly, we did not know if the current generation in Bollywood had actors who would be able to step in the shoes of Salman and Aamir, and actually do justice to the characters.

Now, Ranveer Singh and Varun Dhawan have reportedly been signed on for the role. But before the news could sink in, Twitter had some of the most hilarious reactions which you cannot miss. 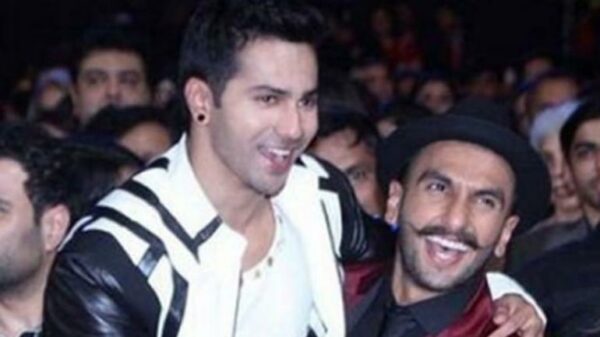 In order to do justice to the fact that @Varun_dvn is in the remake with his shitty overacting, #AndazApnaApna shpuld be renamed as ‘Sandas Apna Apna’

Dear @narendramodi_in Modiji, please intervene and use your executive power to stop the remake of #AndazApnaApna

I was struggling so hard ,my poop 💩was not coming at all! then I Heard @RanveerOfficial and @Varun_dvn will team up for the remake of #AndazApnaApna.

The movie should be renamed as Overacting Apni Apni

May the person who decided to remake #AndazApnaApna get shot by Vasco da Gama's gun in his arse.

I am in trauma after hearing the news yesterday.#BoycottAAARemake – My hashtag campaign

Yeh Raat Aur Yeh Doori ft. Badshah and Neha Kakkar I'm getting a panic attack while typing this only

Day 1 Collections Of ‘Why Cheat India’ Out, The Numbers Are Really Disappointing
Janhvi Kapoor Was Asked About ‘Sridevi Bungalow’ Controversy, This Is How She Reacted