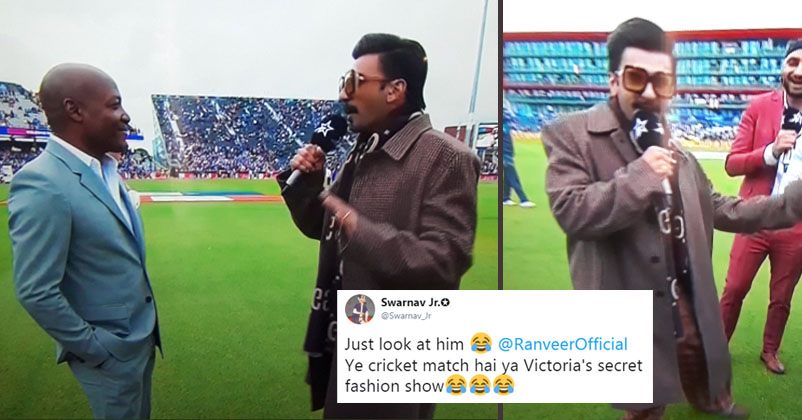 Bollywood star Ranveer Singh is famous all around for his different fashion sense. No matter what the event is, he always chooses quirky outfits and totally rocks it. We often look at him and at his outfits to know that only he can carry them with perfection. 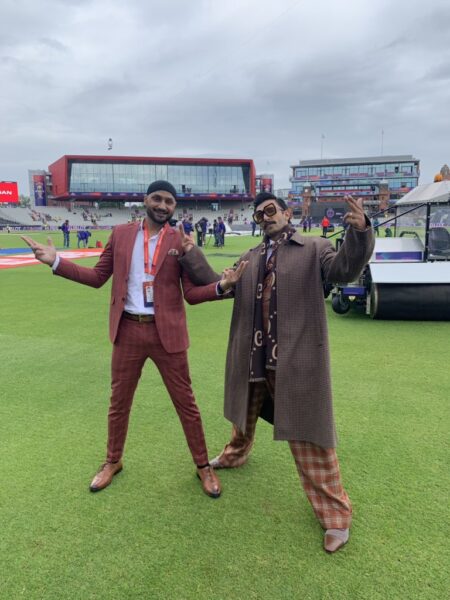 Many of his pictures, while interacting with Cricket Legends and doing commentary, went live on social media. Like always, this time again Ranveer made an appearance in a crazy outfit and it invited similar kind of reactions from netizens.

Have a look at some-

Ranveer Singh has reached a level of inner arrogance where he feels entire world is below his feet. Who and why the fuck would one dress like this at an event whose viewership is over 1 billion and is an international carnival of sports? #INDvPAK pic.twitter.com/cAPJnuPL1b

Just look at him 😂 @RanveerOfficial

Ranveer Singh inspired by Uncle Jaidi for a Pak vs India match. pic.twitter.com/OrsAO9HJnp

Ranveer Singh got rain covers for the #INDvPAK match. pic.twitter.com/CmPbNjPCvA

Meanwhile, India is all set to register another historical victory against Pakistan. As an answer to the target of 337 by India, Pakistan has just scored 166/6 in 35 overs. Rain has stopped the match but it’s unlikely that Pakistan would win even if it starts again.