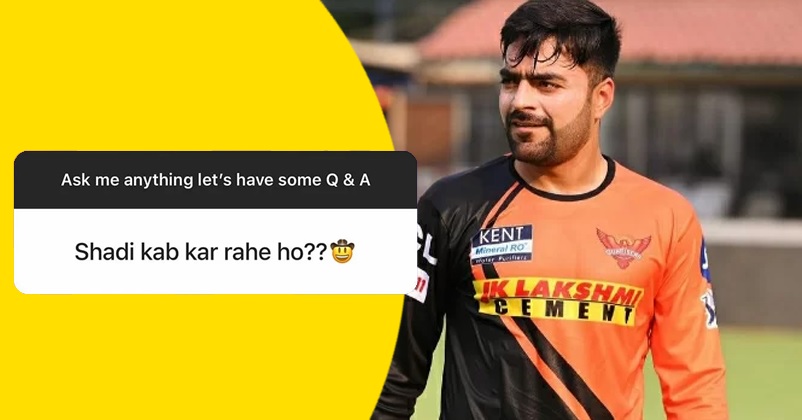 Rashid Khan, the cricketer from Afghanistan, is undoubtedly one of the finest leg-spinners of the world and he has become quite famous all over the globe because of his superb bowling as well as good sense of humour. 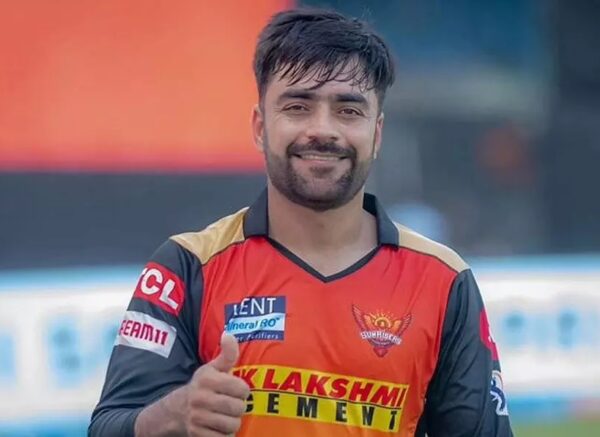 Rashid who plays for Sunrisers Hyderabad in the IPL is also pretty active on the social media networks and keeps on interacting with his fans and followers on a regular basis. Just few days ago, fans got to know that he is also a good singer when he uploaded a video in which he was seen singing. Recently, the SRH cricketer conducted a Question & Answer session on Instagram in which he answered many questions related to various issues.

During this Q&A session, one follower asked him about his marriage plans to which Rashid Khan gave a very funny reply which again showed his wittiness. The fan asked, “Shadi kab kar rahe ho?” (When are you getting married?)

Quite interestingly, the 22 years old cricketer asked a question in return instead of giving a reply and it read, “Apko ana hai??” (Do you want to come [in the marriage]??) 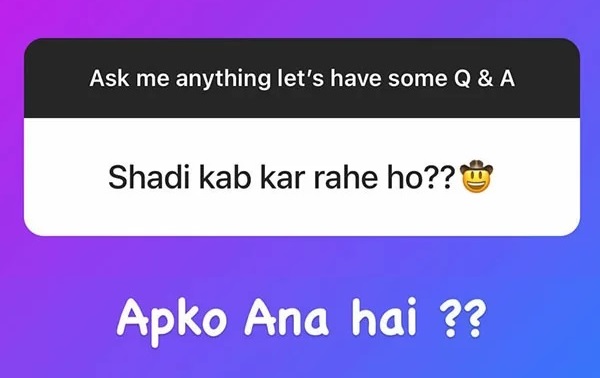 Rashid Khan has been news lately because of his decision of not taking up the captaincy as he is of the opinion that his bowling performance may get affected if he has to think about things as a skipper too. In one of the interviews, Rashid Khan states that the team is presently looking at the ICC T20 World Cup which is going to take place later this year so he doesn’t want to let his bowling get affected due to any reason. The Afghanistan Cricket Board has appointed Rashid Khan as the vice-captain of the T20 team and they will be announcing the name of the skipper soon.

Siraj Hilariously Complains About Rohit Sharma Not Letting Him Sleep In The Flight, See Video
Will Bumrah & Trent Boult’s Friendship Be Affected Due To WTC Final? Brett Lee Responds