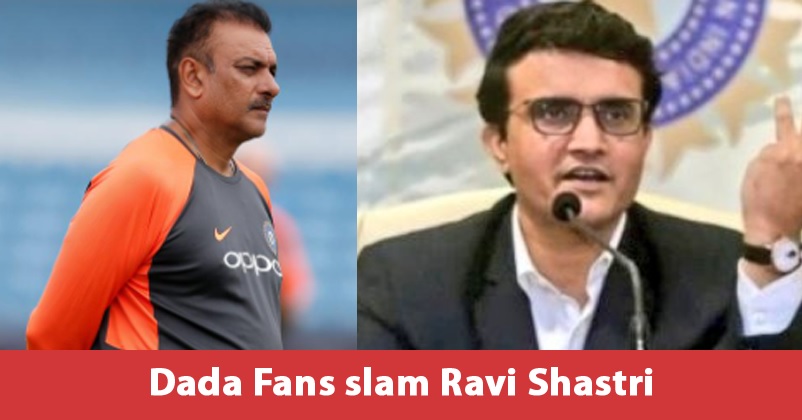 The whole world was brought to a standstill by the coronavirus pandemic and the Indian government was also forced to impose a lockdown in the month of March. The IPL 2020 which was supposed to start on March 29 was postponed too and there was no surety of it even taking place in this time of crisis. However, the BCCI headed by its President Sourav Ganguly was in no mood to let this year pass by without the IPL and they worked hard to organize it in UAE as the situation of the COVID-19 outbreak was not in control in India at that time.

The IPL 2020 got commenced on September 19 and it ended yesterday (Nov 10) with Mumbai Indians winning the trophy for the fifth time. MI defeated Delhi Capitals in the finals by five wickets to lift the IPL trophy. DC reached the finals of the tournament for the first time ever under the leadership of Shreyas Iyer but MI proved to be too good for them.

The former cricketers and other people from the cricket fraternity took to social media to congratulate BCCI for organizing the league in these difficult times. The head coach of the Indian cricket team, Ravi Shastri also took to Twitter and praised the top officials of BCCI along with the medical staff for successfully organizing the IPL 2020 but he also did something which made him the target of the trollers. He didn’t include the name of Sourav Ganguly, the President of the BCCI, in his tweet, whether intentionally or unintentionally.

Ravi Shastri posted the photo of the IPL trophy and wrote, “Take a BOW @JayShah, Brijesh Patel, @hemangamin and the medical staff of the @BCCI for pulling off the impossible and making it a Dream @IPL #IPL2020 #IPLfinal”.

Take a BOW @JayShah, Brijesh Patel, @hemangamin and the medical staff of the @BCCI for pulling off the impossible and making it a Dream @IPL #IPL2020 #IPLfinal pic.twitter.com/5rL6oqOLmC

Fans started mercilessly trolling Ravi Shastri after this tweet for obvious reasons and here are some of the selected reactions:

I believe @SGanguly99 is one who behind all of such success – Mr Shadtri never believe of Sourav's success right through his career , but he's is a successful sports personality

Ravi has little to feel proud of !!
Who but a juvenile takes liberties with a universally respected Dada ? The man who gave a spine to Indian Cricket ?

D world knows dat it was @SGanguly99 who took that bold step of conducting IPL outside India & even widout any audience. So d success of this IPL tourney is much because of him. Seems u forgot to tag him. Pls go on & tag Dada – One man always behind the success of Indian cricket. pic.twitter.com/eiWImLTeQG

BCCI is the main organizers for @IPL and Ganguly is one of the crucial member for the success of IPL however you are also working in under @BCCI for indian team. In professional world how you can ignore him ,,is it just because of your personal issues.@SGanguly99 pic.twitter.com/4EDfEEND4g

The man behind of IPL success is @SGanguly99 !! BTW you don’t have guts to tag him and he will make sure to remove your so called Tag from everywhere!!

Ravi Shastri when will you learn to give proper credit to deserving candidates, when Sourav was first selected in test team you called him " Rosogullah" , Sourav lashed you with a century in Lords , then again made a dub comment hailing Dhoni the best captain in all formats .

This Bevda has not congratulated #RohithSharma Sharma for wining the 5th title.
I hope you understand all, what is the game. He has distroyed Indian Cricket along with Kohli for his big crores of money.

Where is Ganguly Mr.Shastri? It'apalling n pity that you gone to level to polish political wuss in order to sustain. Respect on you from now on is not there. Absurd from you n condemn your so called love ethics

This Chutya Doesn't even have decency to acknowledge Ganguly and Congratulate MI, He is One of the People For Ruining the Indian Cricket and Whatever Politics is Going in Indian Cricket, One Behind Rohit's Exclusion, Throw him out, We Don't Want Chatus to coach our National Team

Suffers from that nagging complex of never being able to match accomplihments of the truly great.
He wd not equal Dada, @SGanguly99 , nor come anywhere near, were he to b born a hundred times.

Do you also feel that Ravi Shastri snubbed Sourav Ganguly intentionally as the netizens felt because Shastri was not recommended for the post of the Indian coach in 2016 by the Cricket Advisory Committee (CAC) in which Dada was also a member? Let us know your views.