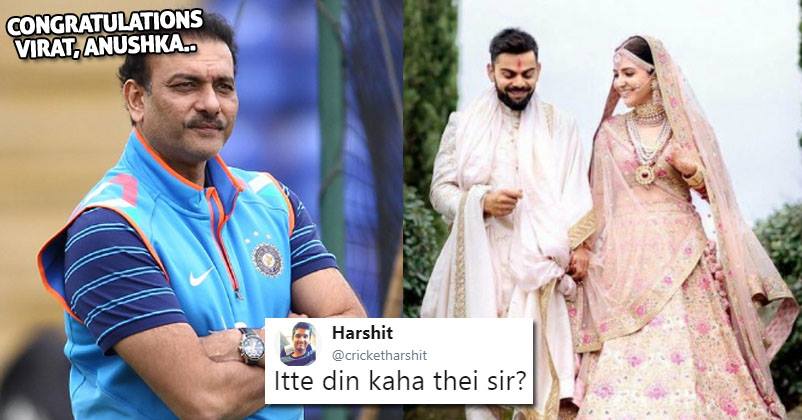 Indian cricket team’s coach Ravi Shastri and captain Virat Kohli share a special bond and that is something everyone is unaware of. 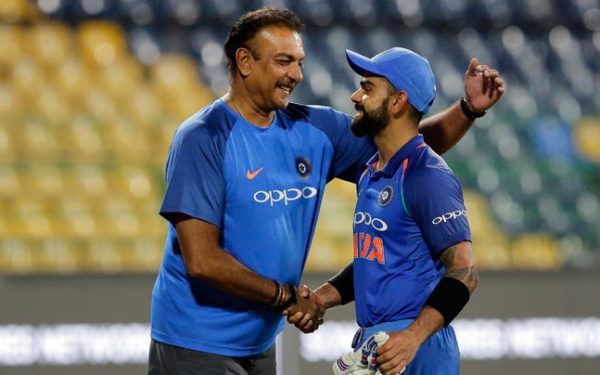 When Virat Kohli & Anushka Sharma tied the knot recently everyone from Cricket and Bollywood world wished them happy and joyful life. However, it was a surprise to see no tweet or message from Ravi Shastri.

There were memes and trolls floating all around the social media regarding the matter and seems like Ravi Shastri also noticed everything.

Seeing all the noise around his silence, Ravi Shastri finally took to Twitter and posted a congratulatory message for Virushka. He posted the viral picture of Virat and Anushka and wrote this beautiful message for the couple-

Many congratulations young man. God bless you two with all the happiness and a blissful married life. Happiness – @imVkohli @AnushkaSharma

Many congratulations young man. God bless you two with all the happiness and a blissful married life. Happiness – @imVkohli @AnushkaSharma pic.twitter.com/p2EAH44UBv 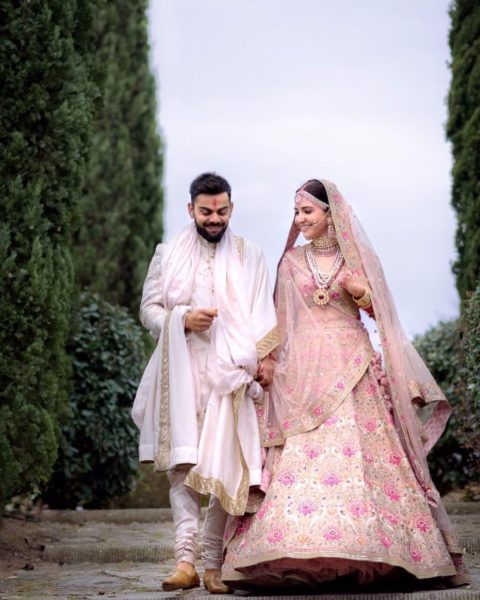 But seems like it was too late for Shastri as the Twitterati started trolling him for being late and also took a dig on him for being heartbroken. Have a look at some reactions-

Why did you wish them so late😂 #heartbroken #Virushkakishadi pic.twitter.com/DXe4rbB73i

You must have a windows phone #IE problems

Exclusive Bigg Boss 11: This Contestant Has Been Evicted From The Show
Virat & Anushka Shared First Honeymoon Selfie In Snow & Twitter Can’t Stop Making Jokes On It