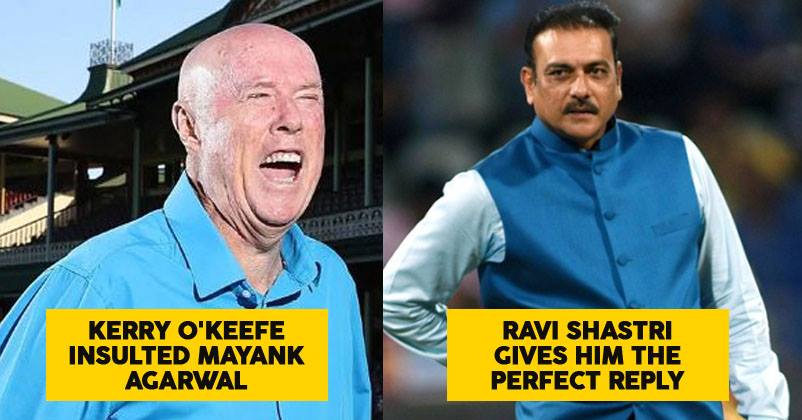 India and Australia’s 3rd test match in Melbourne started on an interesting note but it was a comment by Aussie commentator Kerry O’Keefe on Mayank Agarwal which attracted all the attention.

Kerry passed insulting remarks on Mayank during his live commentary session and said that his triple hundred in Ranji Trophy must have been scored against a team like Canteen XI, where the bowlers would have been chefs and waiters.

The comments received huge criticism from all over the world and Kerry was badly trolled on Twitter.

Now Indian coach Ravi Shastri has responded to Kerry’s comments. In a video that is doing rounds on Twitter, Ravi Shastri is seen sitting along with commentators and saying-

I am head to the canteen to smell the coffee. Let’s see which is better, the coffee in your canteen or the one back home.