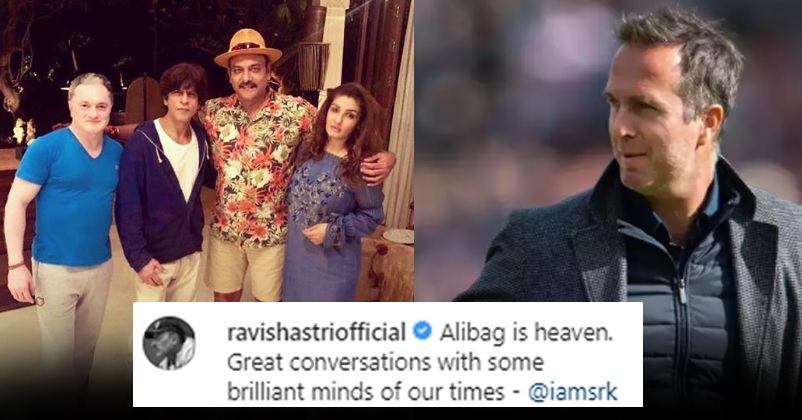 Ravi Shastri, the former Indian cricketer and present head coach of the Indian cricket team, is a pretty happy man nowadays as team India performed superbly against West Indies recently. The team has been doing well under his guidance and the able leadership of Virat Kohli as well as the recent series of West Indies give him a good reason to celebrate the New Year’s Eve in style.

Recently, Ravi Shastri took to Instagram and posted a photo in which he posed with the King of Bollywood Shah Rukh Khan, beautiful actress Raveena Tandon and industrialist Gautam Singhania. The caption that he wrote read, “Alibag is heaven. Great conversations with some brilliant minds of our times – @iamsrk @officialraveenatandon and @gautamsinghania99 #Blessed #FriendsLikeFamily 🙏” 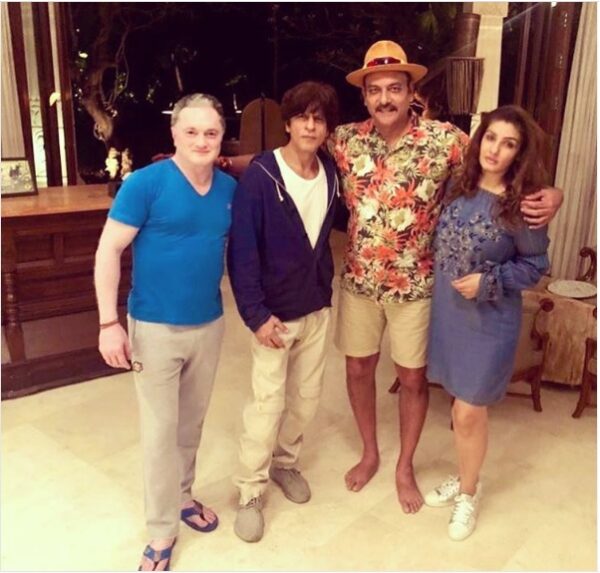 Alibag is heaven. Great conversations with some brilliant minds of our times – @iamsrk @officialraveenatandon and @gautamsinghania99 #Blessed #FriendsLikeFamily 🙏

Michael Vaughan wrote “Happy New Year Ravi” as the year is almost ending and 2020 will be knocking on our doors within few hours.

Just to inform, this is Shastri’s second term as the Indian head coach; he took the job in 2017 after the controversial exit of former coach Anil Kumble. However, there have been times when Twitterati has trolled Ravi Shastri for his acts, especially for his drinking habit.

He was also in news for his relations with the new President of BCCI, Sourav Ganguly but Ravi ended them by saying that he has a lot of respect for Ganguly as he was the one who brought team India out of the critical phase and turned it into a match-winning team.