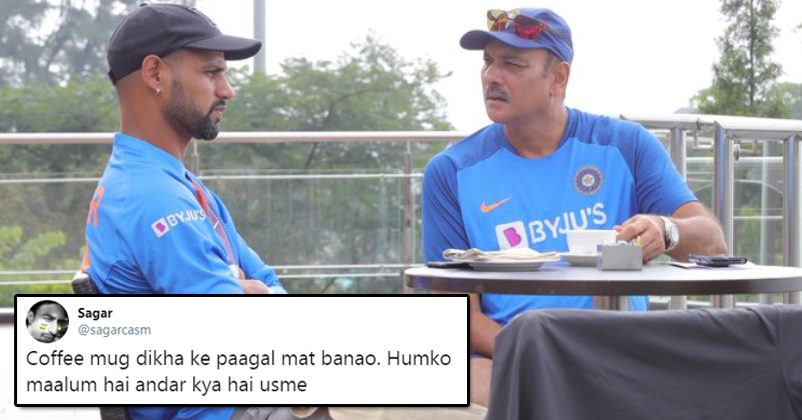 The Indian cricket team will be facing South Africa today (September 15, 2019) in their first T20 match of the series at Dharamshala and the hosts will be quite confident as they had a wonderful tour of West Indies.

However just before the match, something happened because of which the Indian head coach Ravi Shastri got trolled heavily. It so happened that Ravi Shastri posted a photo on the micro-blogging site Twitter in which he is seen enjoying a cup of coffee while having a chat with Indian opener Shikhar Dhawan. 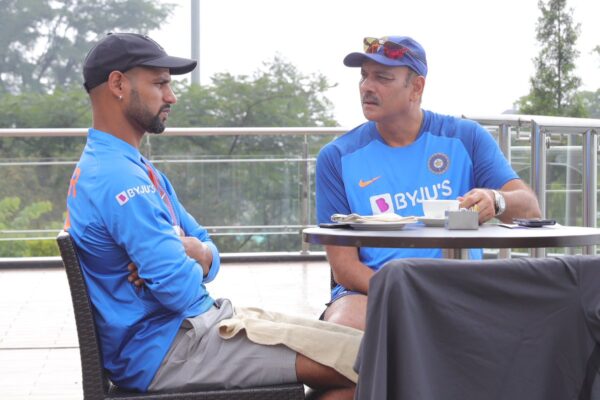 The reputation of Ravi Shastri among the Indian cricket lovers is of someone who is a great fan of liquor and they refused to believe that the head coach is drinking coffee.

Soon tweets started pouring in and some of them are really hilarious. Here are the selected ones:

Hangover k baad coffee hi kaam aati hai, @SDhawan25 better focus on your game, else you will be out forever.

Coffee in mountain and beer in Caribbean 😂

This is the second term of Ravi Shastri as the head coach since his first term ended with the World Cup 2019. He got selected for the post again even though there were rumours that many Indian players are not happy with his as well as the captain Virat Kohli’s style of functioning. A number of cricket lovers still believe that he will remain the head coach till Virat Kohli is the captain as the skipper loves to have someone around who agrees with him on every matter.

By the way what do you think is inside the cup, coffee or something else?

Lionel Messi’s Son Scores A Goal & Celebrates It Like His Dad. Video Is A Visual Treat For Fans
Aakash Chopra Trolled Tim Paine Over DRS Issue, Asked Him To Become A Student Of MS Dhoni