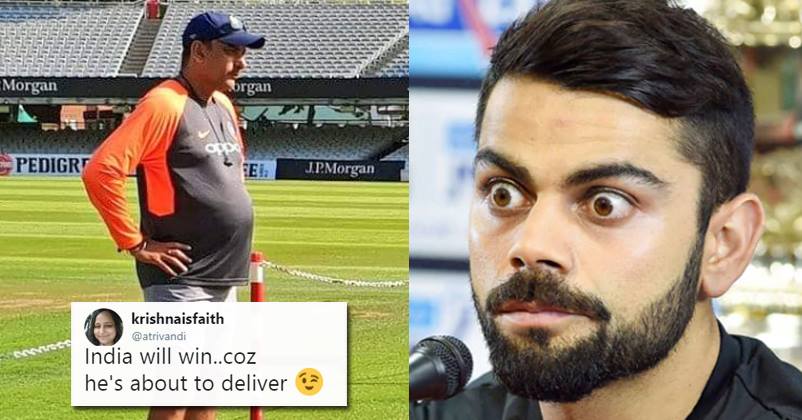 Ravi Shastri, the head coach of the Indian cricket team, is once again in news but not for good reasons.

As he is a former Indian cricketer and the head coach of team India, he is expected to be in good shape but a photo of Shastri is going viral in which his tummy or rather pot belly can be seen very clearly. 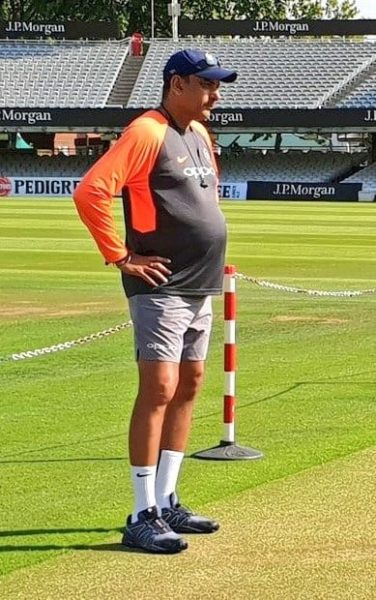 Twitterati started trolling him by indirectly calling him pregnant and made a guess as to when he would deliver.

Here are some epic and hilarious Twitter reactions that will make you go ROFL:

When you are a fan of two sports:

Along with players, even coach should also go through Yo Yo fitness test.. pic.twitter.com/zQd5VDfgRJ

When you are in Nani’s home:

*When you visit Nani's home* pic.twitter.com/fJzRo5y3Py

Seems Like Ravi Shastri's Nani's Home Is In England! 😛 pic.twitter.com/Z8Tw11kNdY

Growth like a tracer bullet..
This is a pressure cooker situation..
That's not what the doctor ordered pic.twitter.com/oYVx5JsZYN

Remember this kid?? This is him now….Feeling old yet?? pic.twitter.com/625HPaEP4T

When cricket world cup is coming but your football world cup hangover has not ended yet.. pic.twitter.com/cTzwYwQ43a

When it's been 5 days since you took your last dump pic.twitter.com/R1yC7NGN9w

This would be the best delivery by Ravi Shastri in his whole carrier. pic.twitter.com/A2Q9WVXbgx

His capability as a coach has been questioned many times and it is being said that he is the head coach just because Indian skipper Virat Kohli wanted a Yes man at this position.

Lately, he was trolled for posting a video in which he promoted an energy drink. Moreover, former Indian cricketer Sourav Ganguly said during an interview that Shastri should not be interviewed in the morning as he does not know what he is talking about.

What do you have to say about Ravi Shastri’s pic?

Munni’s Mother In Bajrangi Bhaijaan Is Very Hot In Real Life. Her Pics Will Make You Fall For Her
Amrish Puri’s Grandson Is All Set To Make A Debut In Bollywood. He’s A Heartthrob