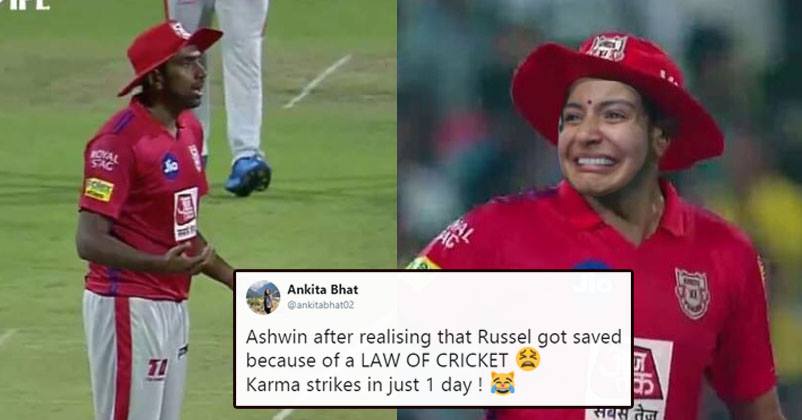 Even if you are not a cricket fanatic, you’ll know that how during the ongoing season of IPL,Kings XI Punjab skipper R Ashwin created the mankading controversy, by going against the spirit of the game. He felt that he is playing within the rules of the cricket by Mankading Jos Buttler of Rajasthan Royals.

He faced quite a lot of criticisms from eminent cricket personalities as well, besides the slamming on Twitter, that has already started. He even sparked an infamous debate on the game’s spirit, with prominent experts like Shane Warne and Harsha Bhogle at loggerheads over this incident. 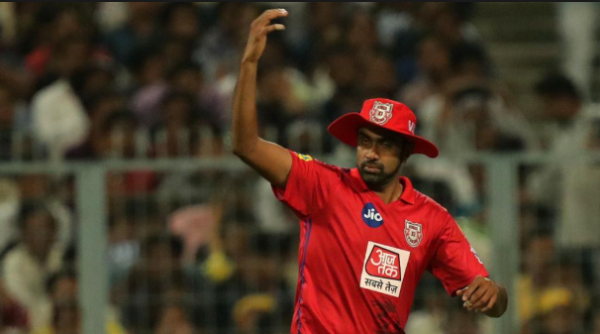 Now. during the recent match between Kolkata Knight Riders and Kings XI Punjab in Edens Gardens, Ashwin was desperate to contain the hosts within a limited run rate, as it was already 161 for 3 from 16.5 overs. KKR’s hero Andre Russell made a perfect comeback even after getting bowled out because significantly Ashwin forgot that he had only three fielders inside the inner circle instead of four.

And then only with nineteen deliveries, Russell made it to a whooping 48 and finished the game at 218 for the loss of four wickets. Punjab defended and managed to score 190 for four, loosing by 28 runs. This sparked hilarious memes to take over, as people started trolling Ashwin that how Karma got him back within the fields only.

See Ashwin looking so frustrated after russel getting saved because of law of cricket. Karma hits back. 😂 #KKRvKXIP pic.twitter.com/DERDQHq20e

Ashwin after realising that Russel got saved because of a LAW OF CRICKET 😫
Karma strikes in just 1 day ! 😹

Ashwin is a legend! 👏 He can take a wicket without bowling,get a four without hitting from the bat and a no ball without the bowler doing a mistake(all are within the rules) After retirement, Ashwin is going to become an umpire, than a commentator like others😂 😂😂😂 #KKRvKXIP pic.twitter.com/vQHzVFJcXL

Won against RR by 14 runs, Lost against KKR by 28 runs. Karma strikes with double power. That NO BALL though 😂🤣 #KKRvKXIP #IPL2019 pic.twitter.com/RJWXlIEcjJ

What the hell is karma @ashwinravi99………win against RR by 14 run and lost against KKR 28 run… Karma strike with double power😂😂😂😂😂😂😂😂😂 #KKRvKXIP pic.twitter.com/zH3ZtRFtqi

When you remind Everyone about Mankading rule but end up
forgetting about 4 fielder rule in 30 yards#KKRvKXIP @ashwinravi99 pic.twitter.com/h1WwDwZX41

That brainfade moment of Ashwin is the perfect example why Karma is a real bitch. #KKRvKXIP