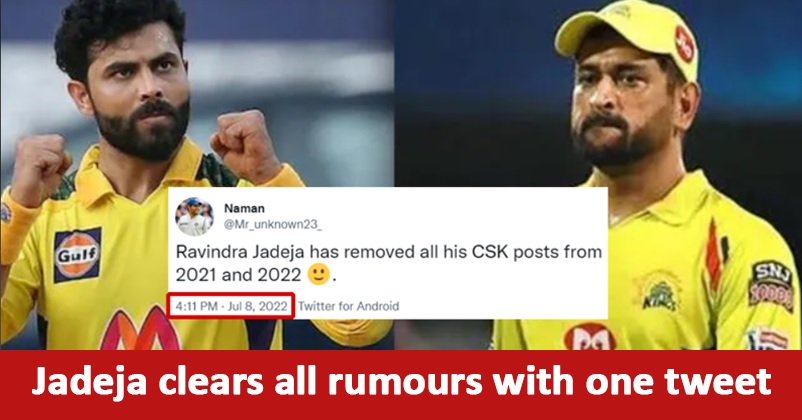 There is good news for fans of the IPL team Chennai Super Kings (CSK) and it is related to the Indian all-rounder Ravindra Jadeja and his future with the Chennai franchise. 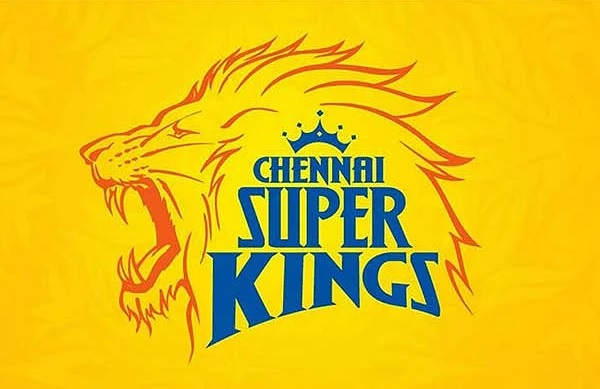 For quite some time now we have been hearing that things are not on good terms between Ravindra Jadeja and the franchise and all this happened after Jadeja’s tenure as the CSK skipper turned out to be a disaster. If you remember, Ravindra Jadeja was appointed the skipper of the team just before the start of the IPL 2022 but consecutive defeats, Jadeja’s failure with bat and some poor decisions as a skipper proved too much for him and he decided to give the charge back to MS Dhoni. Later on, Ravindra Jadeja was ruled of the IPL 2022 because of an injury but many felt that there were some problems between Ravindra Jadeja and CSK management or Dhoni. 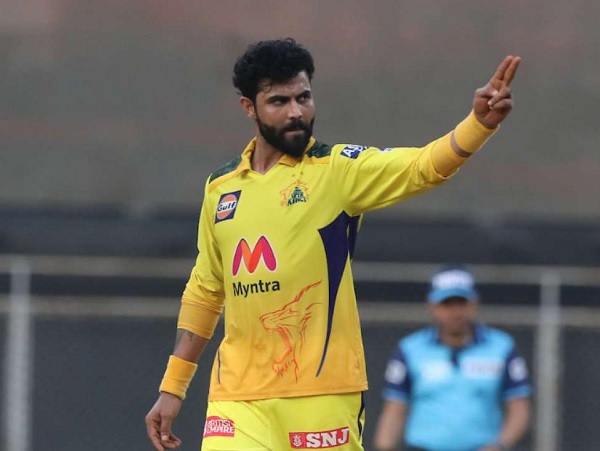 After some time, Jadeja deleted all the posts related to CSK from his social media handles and this further strengthened the rumours that Jadeja would certainly quit CSK soon. As the teams started deciding the names of the players whom they would retain and release before the IPL 2023, it was heard that the CSK management was interested in releasing Ravindra Jadeja but it was MS Dhoni who made it clear that Jadeja can’t be released and he needed to be in the team at any cost. 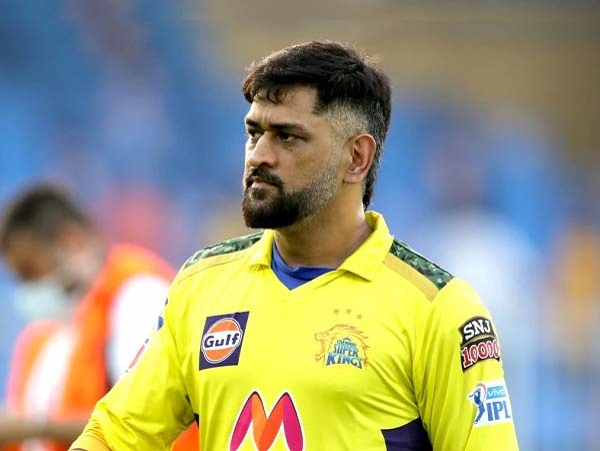 While many thought that having an annoyed, unhappy and dissatisfied player in the team would hurt CSK in the tournament, all the doubts and questions have been put to rest by the Indian all-rounder himself as he has made a tweet in which he is seen with MS Dhoni and he has captioned it as, “Everything is fine💛 #RESTART” 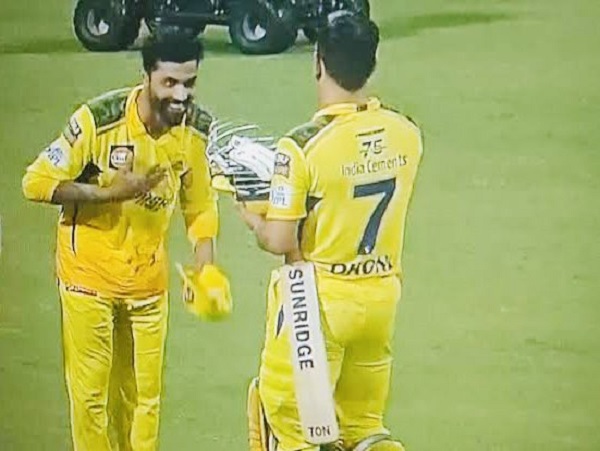 Everything is fine💛 #RESTART pic.twitter.com/KRrAHQJbaz

With this post, Ravindra Jadeja has made it clear that he is going to restart his association with CSK as everything is fine now.

Jadeja wasn’t a part of the Indian team which went to play the ICC T20 World Cup 2022 as currently he is recovering from an injury.

So CSK fans, are you happy now? Can’t wait to see Jaddu back in action in yellow jersey again?