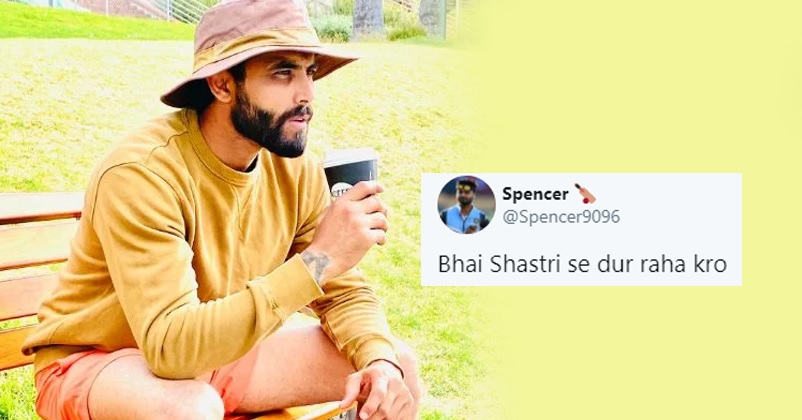 There is good news for the Indian cricket fans who are still very sad due to the manner in which team India lost the first test match against Australia which was played at Adelaide Oval. The Australian team not only won the test match by 8 wickets but the Aussie pacers created havoc in the second innings of the Indian squad and sent the whole team back to pavilion at the score of 36 which is the lowest total score of the Indian test team in the test matches ever. 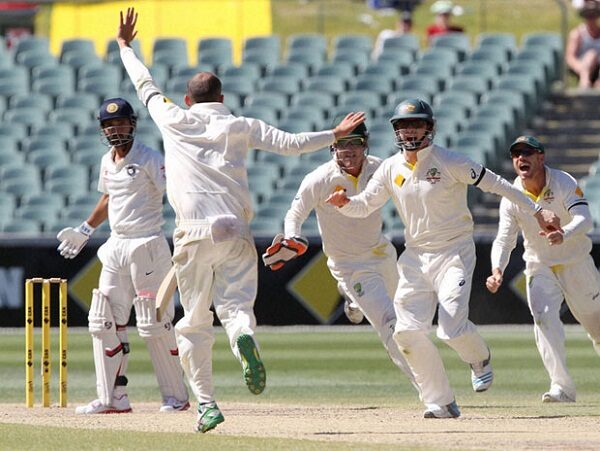 Let us talk about the good news which is that Indian all-rounder Ravindra Jadeja is fit and fine and he is ready to be included in the squad for the Boxing Day test match starting December 26. Jadeja suffered a hamstring injury during the first T20I because of which he was not able to play the remaining two T20Is and the first test match.

Recently, the Indian all-rounder shared a photo of himself enjoying coffee in the sunshine but he got trolled or rather we should say that people took a jibe at Ravi Shastri at his expense due to his tweet’s caption.

Take a look at the images shared by Jadeja: 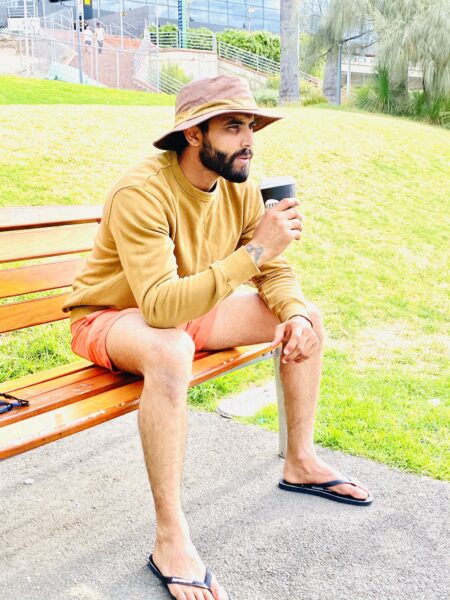 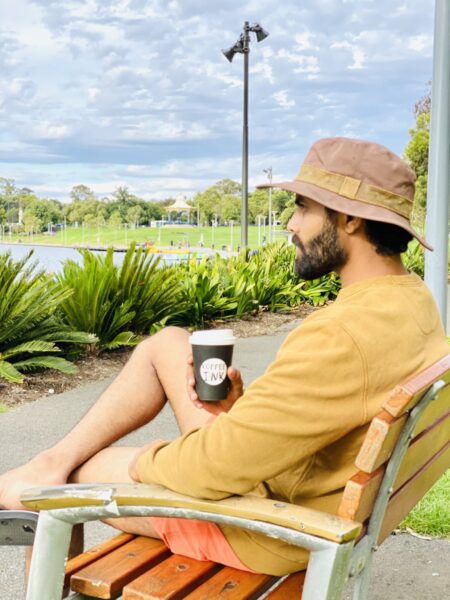 The caption read, “Coffee, because it’s too early for wine”.

Coffee, because it’s too early for wine.😜 pic.twitter.com/4RsQlhBuiL

Soon the online users started advising Jadeja to maintain distance from the head coach of the Indian cricket team Ravi Shastri as he is known for consuming alcohol and often trolled on the social media networks for this.

Stop being with Ravi shastri out of field

To be taken in good humour.. pic.twitter.com/gnt2eU0thj

Be careful talking about fine liquids like wine. If you duck out in the next match they'll blame your drinking problem. Ask your coach. 😁

It is pretty certain that Shubman Gill will replace the out-of-form Prithvi Shaw in the second test match and KL Rahul and Mohammad Siraj will also join the Indian squad as Virat Kohli along with Mohammad Shami won’t be playing in the remaining series. Virat is returning to India for the birth of his first baby and Shami won’t be able to play as he has suffered a fracture in hand.

It will be interesting to see whether Jadeja will be included in the squad or not considering the fact that Ravichandran Ashwin bowled superbly in the first innings of Australia in the first test match.