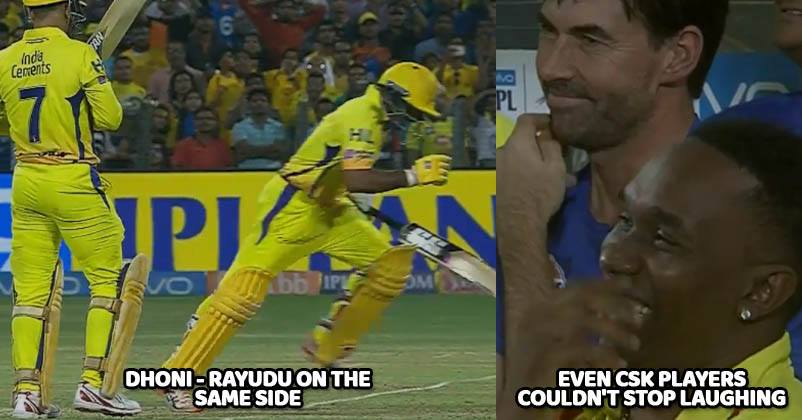 CSK has already shown a great performance in IPL; we all are loving its comeback. The way they have played has already made them top the points list.

MS Dhoni is leading them in the best way, which is why they have been able to win maximum matches. When it comes to IPL matches, we often see goof ups happening; we saw something similar between Dhoni and Ambati Rayudu last night in the match against Delhi Daredevils.

Dhoni-Rayudu Jodi rocked the field yesterday and took the team ahead of 200. The goof-up happened in the last match when Trent Boult was bowling; Dhoni slammed 10 runs in just 2 balls.

However, in the 5th ball of the last over, he delivered a bouncer and Dhoni couldn’t face it, which is why he didn’t take the risk of taking a run.

On the other hand, Rayudu tried to take a run, without realizing that Dhoni is unmoved. When Rayudu almost reached the striker’s end, Dhoni had no option but to run to the other end and save the wicket.

Rishabh Pant threw the ball and it took Rayudu’s wicket. He had to give up on his wicket even though he scored 2 runs alone. However, team-members were left in split after seeing this goof-up.

Watch the video below;

This run-out was indeed a comical one and even CSK team couldn’t stop laughing. How did you find the video?