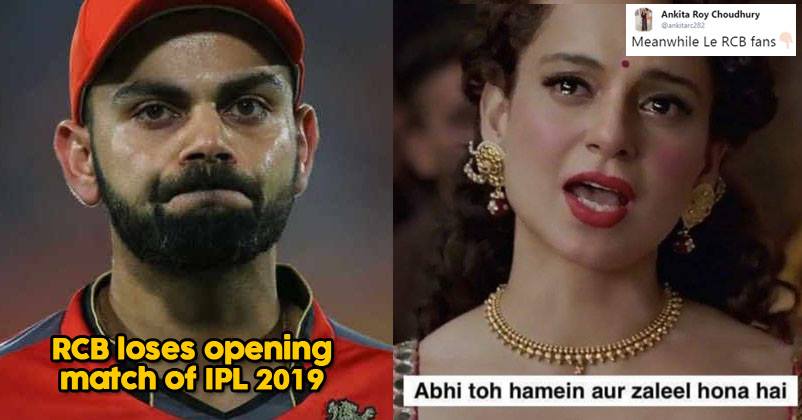 Today, we witnessed a face-off between CSK and RCB and it was enjoyable. This match at Chidambaram stadium marked the beginning of IPL and left everyone excited.

However, RCB fans were highly disappointed since their favorite team couldn’t perform well at all. They lost to CSK by 7 wickets, thanks to the small score that they could manage. Yes, RCB managed to score just 70 runs, thereby setting an easy target for CSK.

Since Virat Kohli’s team scored merely 70, fans were irked. Many took to social media to make fun of the team; some couldn’t get over this disappointment. Twitter, Facebook and Instagram were filled with trolls for them;

Have a look at few of them;

Hey sexy, are you RCB ? Because it seems you are already out of my league.

It all went WROGN for RCB tonight.😉

RCB is keeping their records 😂😂 pic.twitter.com/okbZBbFn0t

We wish RCB all the best for their upcoming match. Hope they perform well!

Continue Reading
You may also like...
Related Topics:RCB, trolled