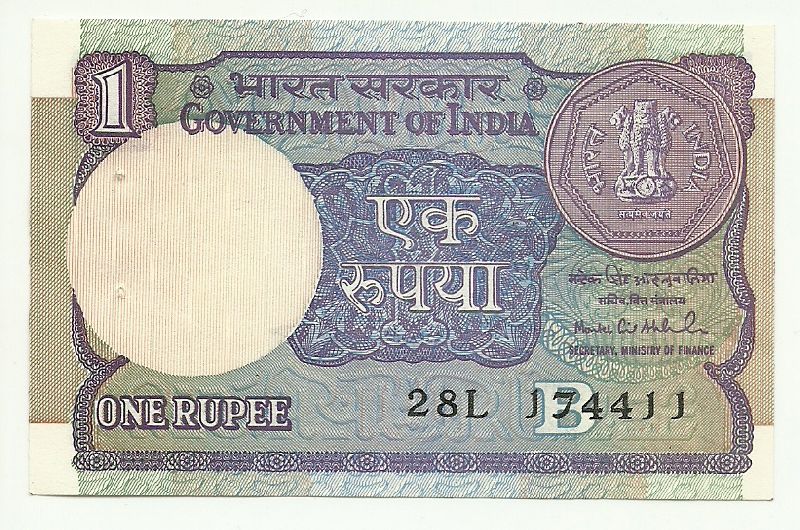 Indian Government in November, 1994 decided to cease the printing of Re.1 Note. Soon, Re. 2 and Re. 5 notes  were also discontinued.
Now, after 21 years in 2015, RBI had decided to bring back those notes – pink-green in colour with the image of the oil exploration rig Sagar Samrat. “The Reserve Bank of India will soon put in circulation currency notes in one rupee denomination. The notes will be printed by the Government of India.”

Unlike all the other notes, which are printed by an arm of the RBI, the 1 Re. notes were earlier printed by the government as a substitute for the rupee coin under the Coinage Act.

But RBI earlier this year stated that under Section 2 of the Currency Ordinance, the government no longer had the power to issue one-rupee notes.

The note will contain Bharat Sarkar and Government of India words with the year 2015 on the representation of one rupee coin with rupee symbol having floral design.

“The surrounding design will consist of the picture of Sagar Samart – the oil exploration platform and with the authentic rendering of value in fifteen Indian language in language panel and the year figure shown in the centre bottom in international number.”

Indian Student Denied Internship In Germany Coz He Is From Country With Rape Problem !
Apple’s First Flagship Smartwatch – Apple Watch That Cost Upto $17,000