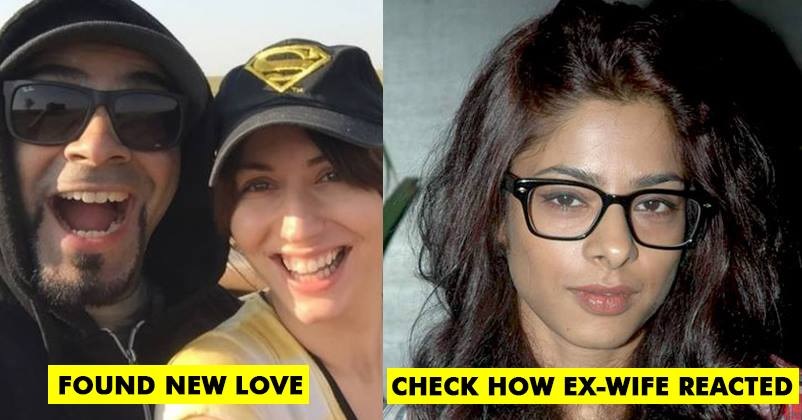 The television celebrity Raghu Ram is in news nowadays for introducing his new girlfriend to everyone. He shared the pics of his ladylove Natalie, the Italian-Canadian singer, on his social media account.

It was the occasion of their relationship’s first anniversary and the caption that he gave to the pics is,

“@nataliediluccio you once told me that you needed to believe in Magic. Well, here’s your proof. You walked into my life a year ago today… and impossibly, everything inside me changed! I feel Love. I feel Happiness. I feel Hope. I feel. Again. All because of you! It has been a beautiful year of Love, Laughter & Adventure. Happy anniversary, baby! Keep believing in Magic. And that Happily Ever After is now. I love you.”

Raghu Ram was earlier married to Sugandha Garg and the manner in which he shared his divorce news was also quite unique. In fact, he set divorce goals and shared his pic with his wife and posted,

“Some things never change. Like the love I have for you. Like the fun we have always had together. Nothing ends. It changes and the next phase begins #FriendshipGoals #DivorceGoals.”

However, you will be quite surprised to know that he is getting advice for his new relationship from his  ex-wife and she has instructed him about some important Dos and Don’ts of a relationship.

This is how his wife reacted after knowing about Natalie, as Mumbai Mirror is told by Raghu,

“Sugandha was the first one to know about Natalie from me. She said that if she had to pick a girl for me it would be her. They’ve had many conversations behind my back. I am sure Sugandha has given some advice on the dos and don’ts with me. She also told me about the mistakes I should avoid making this time.”

We wish Raghu and Natalie all the best for their new relationship.

Sunil Aka Mashoor Gulati Has Look-Alike In Sri Lanka. Even He Couldn’t Stop Himself From Tweeting
Disha Patani Shares Her Photos In Salvaar Kameez. Twitterati Is Loving This Look Of National Crush