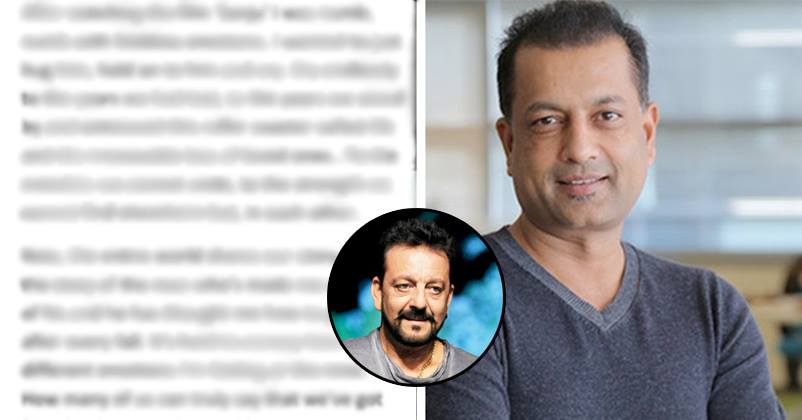 Apart from Ranbir Kapoor, another character that has attracted everybody’s attention in Rajkumar Hirani’s Sanju is the character of Kamli played by Vicky Kaushal.

Vicky Kaushal has earned praises for his performance in the biopic. Sanjay Dutt himself lauded the actor. His character in the movie is based upon Sanjay Dutt’s close friend, Paresh Ghelani.

Falling short of words to express my gratitude towards all the love that is pouring in. Thank You so much you all! I have been lucky to be a part of this beautiful journey and your love is making it even more special for all of us associated with the Film. Keep ROARRinggg!!! Lots of love – Kamli. ❤️🙏 #Sanju

Sanjay shares a strong bond with Ghelani and the same tale of love is shown in the movie. Vicky’s character was named Kamlesh ‘Kamli’ in the movie. 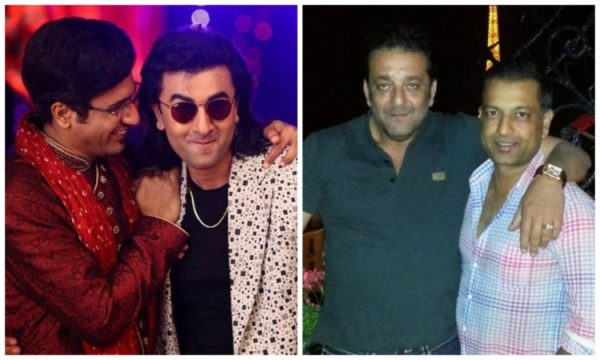 It was only last night when Actor R Madhavan took the initiative and revealed details about Vicky Kaushal’s character in the biopic. He posted a picture on Instagram of his good friend, Paresh Ghelani, who is also Sanjay Dutt’s close friend.

Paresh Ghelani is an entrepreneur. His Twitter profile reveals that he is based in Los Angeles, California, U.S. After watching Sanju, Paresh has penned a heartfelt note which he posted on Twitter. The post shed light on the bond they both shared. Paresh had written a lengthy post describing his relationship and bond with Dutt. He described their friendship as a roller-coaster ride.

its been many years of staying away from the social media, i finally give-in to embrace it. as i begin, here to you my brother @duttsanjay a note that i have been writing in my head and heart for a very long time and now here it is all in the open. pic.twitter.com/tJ59jvktl3

The caption of real-life Kamli, Ghelani’s post read, “its been many years of staying away from the social media, I finally give-in to embrace it. as I begin, here to you my brother @duttsanjay a note that I have been writing in my head and heart for a very long time and now here it is all in the open.”

Below is the complete text of the note Paresh wrote.

After watching the film ‘Sanju’ I was numb, numb with limitless emotions. I wanted to just hug him, hold on to him and cry. Cry endlessly to the years we had lost, to the years we stood by and witnessed this roller coaster called life and the irrevocable loss of loved ones.. To the mistakes we cannot undo, to the strength we cannot find elsewhere but, in each other.

Now, the entire world shares our story, and the story of the man who’s made me a part of his and he has thought me how to get up after every fall. It’s hard to convey how many different emotions I’m feeling at this time. How many of us can truly say that we’ve got friends who not only stand by you through thick and thin, but are as much a brother, a mentor, and your live conscience?

Sanju, you have been all that and more. There were moments I’ve relived from my own life – things I’ve forgotten, and things I’ll never ever forget – on screen.

Sanju is an ode to falling, rising, making mistakes and learning, flaws, imperfection – everything that defines the core of friendship. It is more importantly a relentless pursuit of life with all its shades. I know I share this sentiment with all friends and family close to him.

Our friendship has been exhilarating, volatile, wild and rewarding.. Our journey has often been clouded in disbelief and doubt, wondering if we will make it till the end or will fall into the labyrinth of tragedy and controversy. But here we are united, unbreakable and ready for life.

Sanju – Thank You for being a part of my life. Thank you for making me part of the Pride where we watch each others back; Thank you for always having the protective blanket over me; Thank you for the journey you’ve dragged me on lovingly and have taught me how to fight the adversity, however it may come. Look past the flaws, the women, the controversies, I love you, and now I can share it with everyone. You always have been, you are and you always will be the greatest friend, brother that anyone can ask for. Keep roarrrrring… tiger!!

Hope their friendship continues forever and ever. We loved their jodi, what about you?

The Salary Of International Cricket Teams’ Captains Revealed
Sanjay Dutt Charged A Huge Amount For Sanju. Can You Guess?