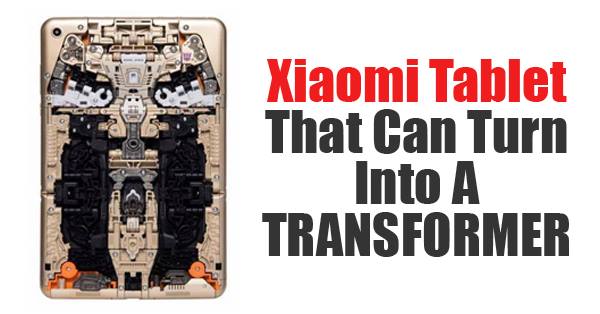 Hugo Barra, the Global VP of Xiaomi told that for the first time, Xiaomi and Hasbro have come together in China to begin a crowdfunding program for making Mi Pad 3 which can be changed into a robot called Soundwave. Hugo Barra posted this on his Facebook page, “R&D worked really hard to ensure that the color, details and feel are exactly the same as Mi Pad 2. They were challenged at turning such a slim 7mm tablet into a 3D robot, but they managed to do so with a 30-step folding assembly.” Let us also have a look at the main characteristics of this form changing tablet: We believe that the fans of “Transformers” must be knowing it but if someone doesn’t know – Soundwave is a Decepticon and it is the most important subordinate of Megatron. The original color of Soundwave is blue and in 1984 when it was launched a toy, it had the capability to turn into a cassette tape player.

This Ardent Fan Of Pratyusha Couldn’t Handle Her Suicide! What She Did Next Is Shocking!!!!
IPL 2016 Teams & Their New Jerseys