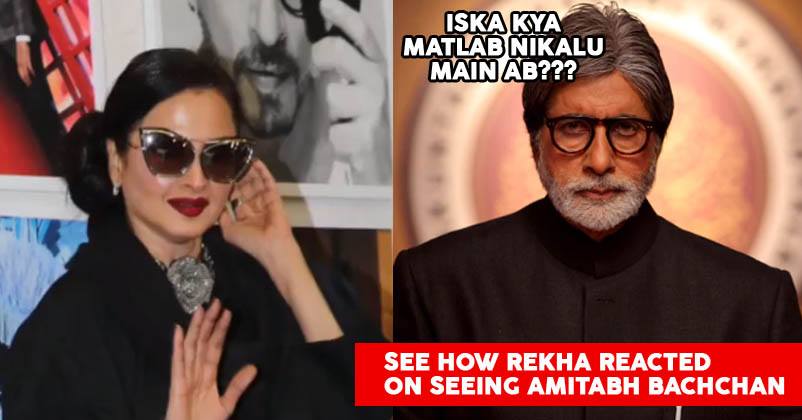 Bollywood’s most favorite photographer Dabboo Ratnani is here again with his celebrity calendar for the year 2019. Celebrities from all over B town was there to grace the occasion.

Bollywood celebrities like Kriti Sanon, Kartik Aaryan, Tiger Shroff,Sunny Leone, Vidya Balan, Kiara Advani and Farhan Akhtar along with girlfriend Shibani Dandekar was there to be a part of this much talked about calendar launch.

They were all very excited to be a part of this much awaited launch though. Kartik Aaryan, Janhvi Kapoor and Kiara Advani made their calender debut this year. 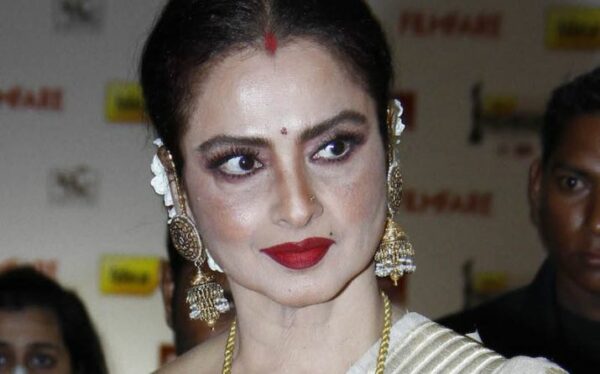 Among everyone the most amazing presence was of legendary actress, Rekha. She was looking ravishing in black outfit and red lips. And when she was requested to pose, she unknowingly posed before Amitabh Bachchan’s photograph.

When she realized this she gave another pose and a hilarious reaction too. Have a look at it.

maybe this is called an become awkward , but it's very funny to avoid seeing the Big B #rekha#rekhaji#dabbooratnanicalendar#dabboratnani#amitabhbachchan#bigb

Now, you will wonder what is the story behind this reaction. There used to be rumors that Rekha and Amitabh Bachchan’s real life story coincides with that of their film, Silsila, which was a hit back then. They did over twelve films together.

So, isn’t it awkward to avoid someone whom you really can’t?

Continue Reading
You may also like...
Related Topics:Amitabh Bachchan, Rekha

Bobby Deol Posted A Selfie With Son And People Went Crazy, Called Him Young Dharmendra. Really?
Kareena Kapoor Khan Has An Epic Answer For Trolls Who Shame Her For Having A Nanny For Taimur