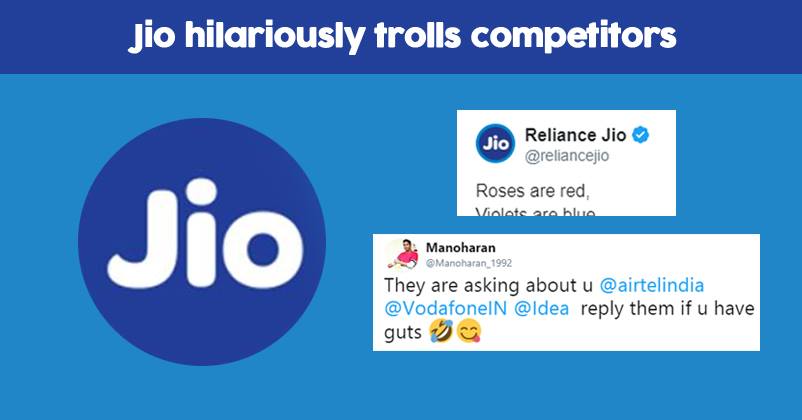 Indian telecom consumers are quite happy with the manner in which the telecom market is shaping up now and we all know that Reliance Jio has played a great role in creating such pleasant situation for customers.

Reliance Jio literally created a storm in the telecom market with its lucrative offers and competitors were taken aback with its strategy. However, slowly they started recovering and tried to face Jio with full strength but till then, a dent was made in their customer base. 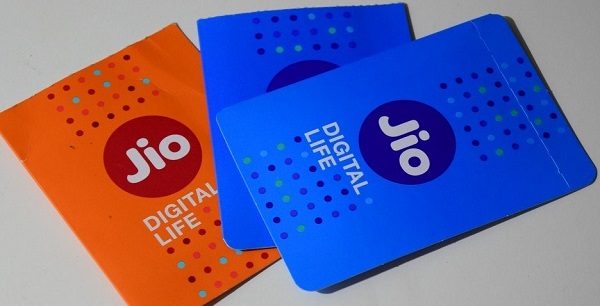 The competitors of Jio were compelled to reduce their prices and increase offerings to retain their customers and now almost everything depends upon the network coverage and quality of the services provided by the telecom players.

Social media has been used as a vital tool by the telecom players to share their updates, help the customers and attract the potential ones. Nevertheless, after looking at Reliance Jio’s tweet that it made with reference to the Valentine’s Day, it seems as if the company is in no mood to leave any stone unturned in defeating its competitors on social media as well.

Jio took a sarcastic jibe on the other players and posted a funny poetry on the micro-blogging site Twitter,

Once a neighbour in SIM slot 2,

Roses are red,
Violets are blue,
Once a neighbour in SIM slot 2,
Where are you? 🤔

The tweet immediately went viral and people too joined the bandwagon by trolling other telecom operators, such as Airtel and Vodafone. Here are some of the most hilarious reactions:

Roses are dead
Violets are rotten@VodafoneIN and @airtelindia
Are now forgotten pic.twitter.com/hM3ahZhXhg

It’s not for the first time that Jio trolled its competitors as last year too, a satirical tweet was made by its official Twitter handle on the Valentine’s Day,

“Dear 160 million Jio users and our friends who still reside in SIM slot 2, you hold a special place in our heart. Happy Valentine’s Day. #WithLoveFromJio

We must say that Jio’s sarcastic tweets were bang on target and their creative team deserves to be applauded.

All You Need To Know About Mahindra FURIO- The Next Game Changer In India’s ICV Market
Amul Gave The Perfect Tribute To Ranveer Singh And Alia Bhatt’s Gully Boy. Netizens Are Impressed.