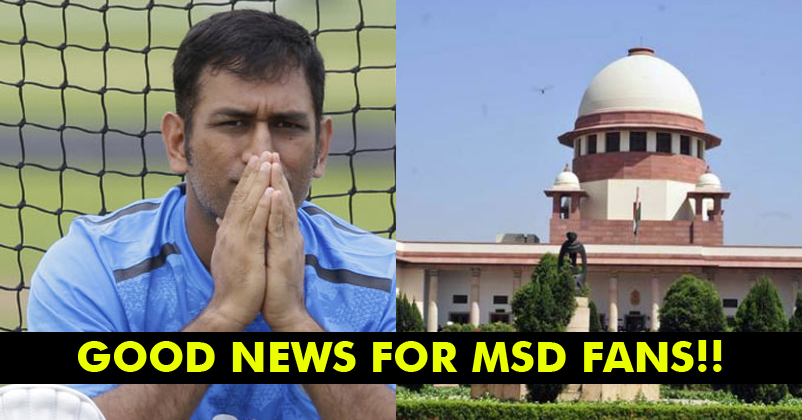 Indian Cricketer Mahendra Singh Dhoni can finally breath a sigh of relief as Supreme Court discarded the criminal charges against for allegedly hurting religious sentiments earlier today. Earlier in January this year, a non-bailable warrant was issued by an Ananthapur court against MS Dhoni for allegedly hurting religious sentiments in a magazine cover photo. Dhoni posed as Lord Vishnu in Business Today’s 2013 edition magazine holding quite a few things in his hand including a shoe. The case was filed by a Kerala based social activist, Jaikumar Hiremath in Bangalore.

This is where it all started from After the Ananthapur court had issued a non-bailable warrant against Dhoni, he approached supreme court requesting to close the case filed against him. He said the complaint was filed just to harass him and the case should thus be closed. Even after the warrant was issued Dhoni’s lawyer denied the charges and said the court order might had been erroneous.

Dhoni was a happy man after Supreme court’s decision. Dhoni, currently hoping for a success of his biopic ‘MS Dhoni- The Untold Story’ faced quite a bit of trouble with this case. The image on the magazine was to portray the number of brands Dhoni had been endorsing. The shoe, over which all the fuss took place, was also one of the products he endorsed. Not just for Dhoni but a relief for all we fans who, just like him, denied all those charges.