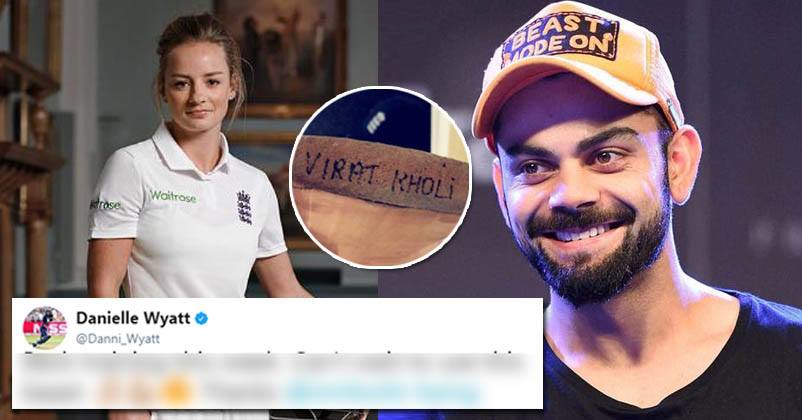 It’s a known fact that Virat Kohli is head over heels in love with Bollywood actress Anushka Sharma. The Indian Cricket captain doesn’t leave any chance to flaunt his relationship with Anushka whenever they are together. 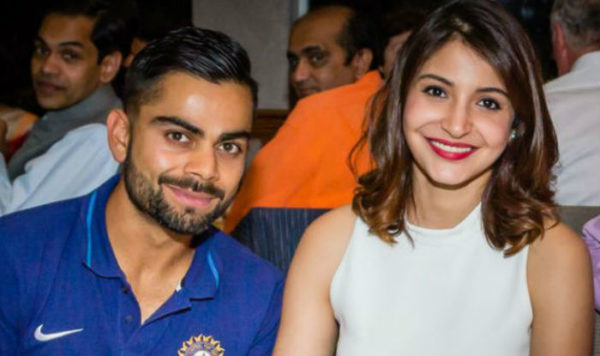 However, that doesn’t stop his other female admirers to crush over him. Among all the millions of lady fans Virat boasts of, one is England cricketer Danielle Wyatt.

We all know the levels of admiration Danielle carries for Virat. It was back in 2014, Danielle publically flaunted her love for Virat. When he gave a stunning performance in ICC World Twenty20, Danielle tweeted, “Kholi marry me!!!”

She also got a chance to interact with Virat in 2014 and click a picture when Team India toured England. 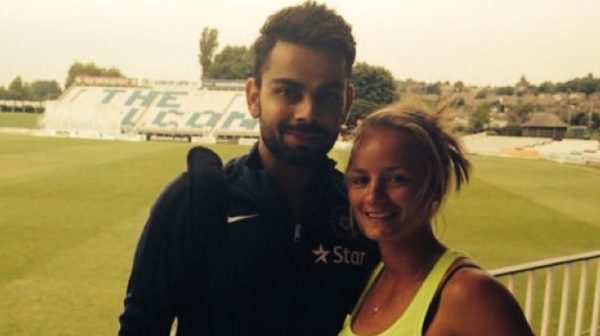 That’s when he gifted Danielle a special bat.

Now ahead of the preparation for the Ashes series, Danielle flaunted the bat gifted by Kohli on Twitter. Calling it a beast, the all-rounder cricketer joked that the middle of the bat was bigger than her size.

Back training this week. Can't wait to use this beast 👌🏽💪🏽🔥 Thanks @imVkohli #ping #middlesbiggerthanme 🏏 pic.twitter.com/BknGjYx2Yj

Back training this week. Can’t wait to use this beast 👌🏽💪🏽🔥 Thanks @imVkohli #ping #middlesbiggerthanme 🏏

Check out the picture below in case tweet didn’t load 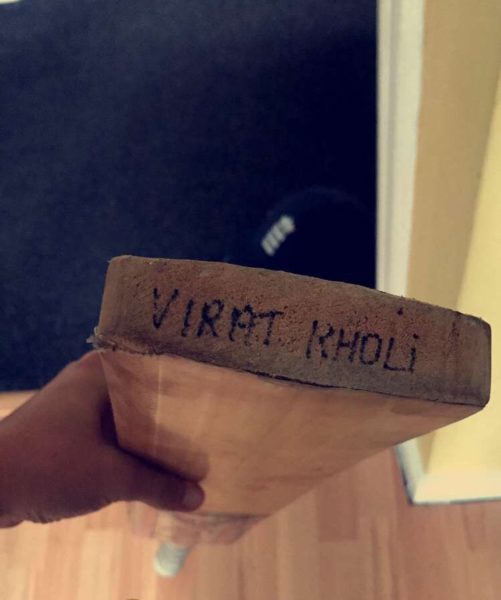 The update got some really amazing reactions from Twitterati and people also made fun of her for spelling his surname wrong. Have a look-

Its "kohli", not "kholi" (kholi in a native indian language means a room)

You spelled it wrong Right from The Start mate..Its Kohli Instead of Kholi#Weird 🙊🙊🙊

Waoo such a priceless gift
But "its kohli not kholi " mam 😢

A Pak Twitter User Asked Who Is Virat Kohli? Got A Brilliant Answer From Another Pak Cricket Fan
Struggled As A Waiter & Grocery Store Owner’s Son, Kulwant Finally Enters The Indian Cricket Team