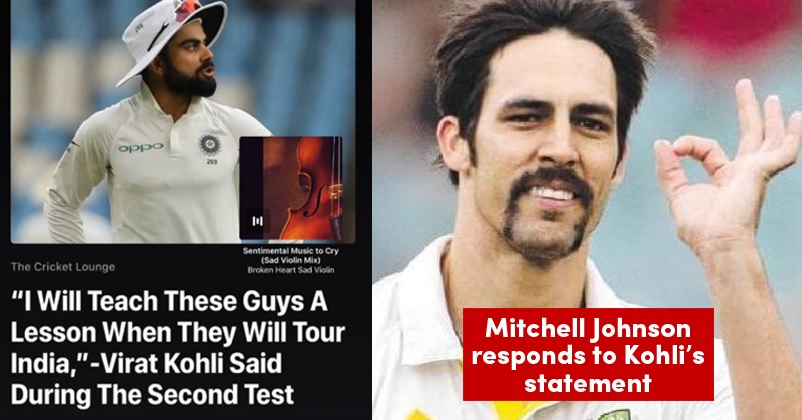 The Indian skipper Virat Kohli has been making headlines for all the wrong reasons, first he was not able to make any big score on the New Zealand tour; secondly, the Indian team under his captaincy was whitewashed by the Black Caps in ODIs and test match series by 3-0 and 2-0, respectively and lastly, he managed to attract criticism because of his aggressive behaviour on the field in the second test match. 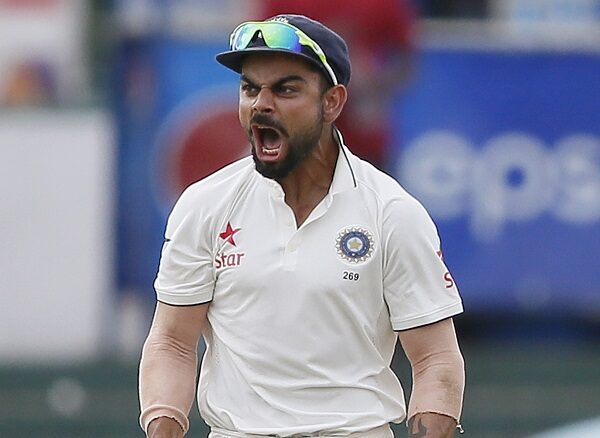 During the second test match, Virat Kohli not only had a heated banter with the crowd but he also gave a fiery send-off to Kane Williamson, the Kiwi captain, after he got out in the first innings. Virat Kohli who is touted as the Greatest Of All Times (GOAT) by his fans could score only 38 runs in total in the four innings of the two test matches.

There are many people in cricket fraternity who see Virat Kohli in high regard but some are not fond of him, such as the former Australian cricketer Mitchell Johnson. The former Aussie player got a chance to make fun of the Indian skipper and he didn’t miss it. 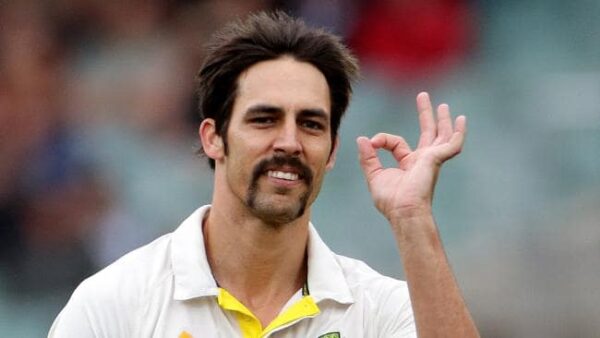 Remember Virat Kohli said “Jab India mein yeh log aayengey, tab dikha doonga” (When they will come to India, we will show them) after the Indian team lost the Christchurch test match.

Mitchell Johnson took to his official Instagram account and posted a story with the screenshot of the news about Virat’s statement and wrote the caption, “This gave me a laugh”. 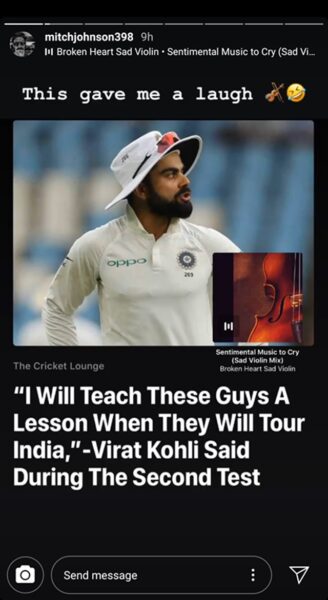 Mitchell doesn’t like Virat much due to his aggressive behaviour and they both are on loggerheads since 2014 when during a test match, Johnson threw a ball at Virat’s body. Later Virat Kohli sent him for boundaries which didn’t go well with the Aussie player and ever since, he never misses a chance to mock the Indian skipper.